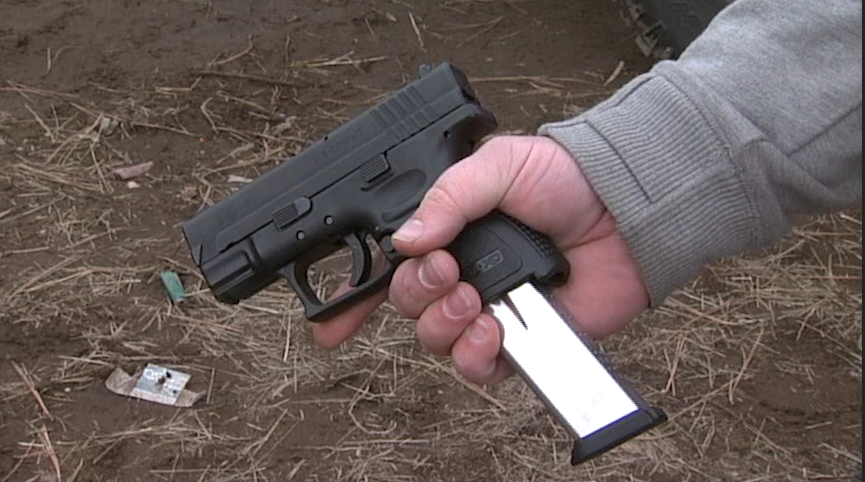 BEND, Ore. (KTVZ) — Two mass shootings in less than two weeks have sparked a renewed, passionate debate in Oregon and nationwide over gun control proposals and whether they can cut the risk of such tragedies.

Sen. Ron Wyden, D-Ore., was in Portland Friday afternoon and met with reporters to say he will continue to press for “common-sense gun legislation” to keep children safe and reduce the level of gun-related violence in the wake of the latest mass school shooting in Uvalde, Texas.

Amid the revived debate, Senate Republicans have indicated a willingness to talk about proposals directly related to the Texas shooting.

“I think it’s an important conversation to have and should be on the forefront of everybody’s mind right now is, what do we do to protect children?” Kollie said.

“I think there’s 100,000 schools across American and those schools need to be protected,” he added.

In 2021, Oregon lawmakers passed legislation that requires gun owners to store their guns in a gun room or safe, Kollie doesn’t think the law is working.

“What we’ve seen in Portland, in particular, in a lot of the metro areas across the country, but Portland in particular is a significant increase in gun violence directly after the law has changed,” Kollie said. “The law requiring every gun be locked up — in my opinion, these laws that passed to (require) guns being locked up or guns being unloaded or these things. Again, had no statistic significance in decreasing death by firearm.”

At the news conference in Portland, Wyden said children should be the priority, and he’ll continue pressing for what he calls “common-sense gun legislation.”

“We owe them their future,” said Wyden. ” The memories of far too many young people, Oregonians and nationwide who’ve had their futures ripped from them by gun violence.”

But Kollie said, “I don’t think there are any laws that could be passed to legislate morality.”

Earlier Friday, before the news conference livestreamed on Facebook, Wyden posted this message:

“Once again, this week, another community is forced to bury children who have died from senseless gun violence,” he wrote.

“We are forcing parents to drop off their children at school each morning, wondering if their community could be next. We are forcing our nation’s future to sit through active shooter drills.

“Mass shooting after mass shooting, Senate Republicans offer empty thoughts and prayers for dead children while they continue to cash their checks from the NRA, profiting off of inaction.

“It’s time for the Senate to vote on common-sense gun legislation so every American can see which senators are prioritizing their campaign donations over the lives of children,” Wyden concluded.

Kollie told NewsChannel 21 he supports having more security in schools, similar to what’s common in other protected places as banks. But he said the left has pushed to defund police, when they should be placed in schools to better protect children.