With state rules too hazy so far, Deschutes County commissioners may send psilocybin ‘opt out’ to fall ballot 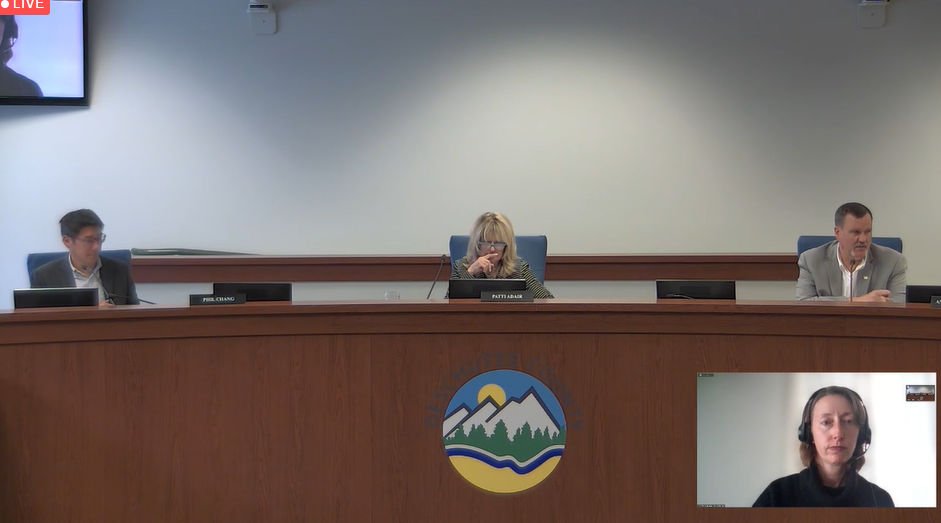 BEND, Ore. (KTVZ) – After years of legal and political wrangling over regulating marijuana production in rural areas of Deschutes County, commissioners frustrated by a lack of specifics so far in state rules governing voter-approved psilocybin plan a public hearing next month — and a possible fall countywide opt-out vote.

It’s been more than 18 months after Oregon voters — the first in the nation — approved Measure 109, which outlined a two-year development period on the rules to allow the manufacture, delivery and administration of psilocybin (psychoactive mushrooms) at supervised, licensed facilities.

County Associate Planner Tanya Saltzman led the board’s discussion of the issues, noting in a memo that the Oregon health Authority’s rules governing siting and operation of those facilities may not be finished until December, shortly before license applications begin in the new year. She also said OHA licenses will require the counties to issue a land use compatibility statement.

“This timeline places the board – as well as industry and the public – in a difficult position of not knowing key aspects of the program in advance of the program beginning,” Saltzman said in the memo.

The measure itself does include some basic criteria, such as that psilocybin services cannot be allowed within 1,000 feet of elementary or secondary schools (500 feet if there’s a physical or geographic barrier), and that all manufacturing, cultivation and processing must be done indoors.

Counties are automatically opted into the psilocybin program – unless they refer an opt-out measure to voters in the next general election. That gives the county only until August 19 to file a ballot title with the county clerk, including a public hearing and public notice.

Chang said that if the state hasn’t set its parameters yet, “for us, trying to constrain things beyond what the bill says could get us into trouble.”

“It could get confusing,” Saltzman added.

On the other hand, Chang said, there’s no details yet on what size of facilities will be allowed, and he doesn’t want to see “an enormous warehouse that provides half the psilocybin supply in the state.”

“If we could cap the scale, I would feel a lot more comfortable” waiting for the final rules and not referring the issue to voters, Chang said “but that doesn’t sound like that’s a feasible thing.” And Saltzman said any attempt at local regulations “might conflict with (state) rules that come out later.”

Chang said, “If there was a little more predictability, I might not be as interested in exploring this (opt-out option).” But at this point, he said, it’s “sort of pretty wide open,” so he is “open to the idea of a public hearing.”

Saltzman told the board that the state measure does not allow psilocybin facilities in residential-zoned areas – of cities. As for rural areas, production or processing service centers are allowed on farm-zoned land, though it can’t be a commercial activity with farm use, or used as a basis to justify a farm dwelling

County Community Development Director Peter Gutowsky said they have learned with regulating marijuana that regulations need to be reasonable, clear and objective, and that issues of “time, place and manner” can’t be used to ultimately deny an application.

But he said there’s no word yet from OHA on how such “service centers” will be limited, in terms of the number of employees or clients, or the amount of psilocybin to be allowed at any one service center –  “a lot of unknowns. Many unknowns. In terms of zoning, it’s wide open.”

Adair added, “I’d rather hear from the voters. I feel like the state had two years to work on this, and we’re still waiting for the rules.”

Commissioners also discussed a draft list of criteria to evaluate possible sites for the county’s next solid waste management facility, once Knott Landfill is full and closed as soon as 2029.

Using a list of criteria you might expect, from threatened or endangered species to groundwater and hauling distances, the county and its consultant, Parametrix, will start with an initial screening of about 100 possible sites, using that criteria to narrow the list to a dozen sites for further review, then drill deeper, so to speak, to winnow it down to a short list of three possible sites.

What’s given weight could always be debated. Chang wants a greater weight for the haul distance, and believes a proximity to threatened greater sage grouse would be “a fatal flaw for me.”

DeBone said the same could be done on every criteria, but said for sage grouse, for example, a project “may be good for some (sage grouse) leks,” if there are ample water and sagebrush.

Before the county moves on and closes Knott Landfill, it could also start to play a role in providing energy locally from landfill gas, the natural byproduct of decomposing organic material.

Speaking of renewable energy, a late add to Wednesday’s agenda was Mt. Bachelor President and General Manager John McLeod. He got initial agreement from commissioners to play the needed local-government role in seeking a state Department of Energy grant to help fund the resort’s proposed biomass project.

He thanked the county for providing $1 million toward the project, and while Mt. Bachelor also recently was awarded a $1.5 million Forest Service wood energy grant, they had applied for $3.8 million, but it was capped at a lower level, McLeod said.

The initial cost estimate for the project totaled $7 million, but of course, costs are rising. Chang noted that also rising is the price one must pay for propane, meaning it still could pencil out, as an alternative energy source.

DeBone said the county also may seek some of the state DOE renewable energy funding for a solar panel array on a building at the fairgrounds.

The post With state rules too hazy so far, Deschutes County commissioners may send psilocybin ‘opt out’ to fall ballot appeared first on KTVZ.