‘Where else are they going to go?’: Bend businesses struggle with issues related to homeless camps 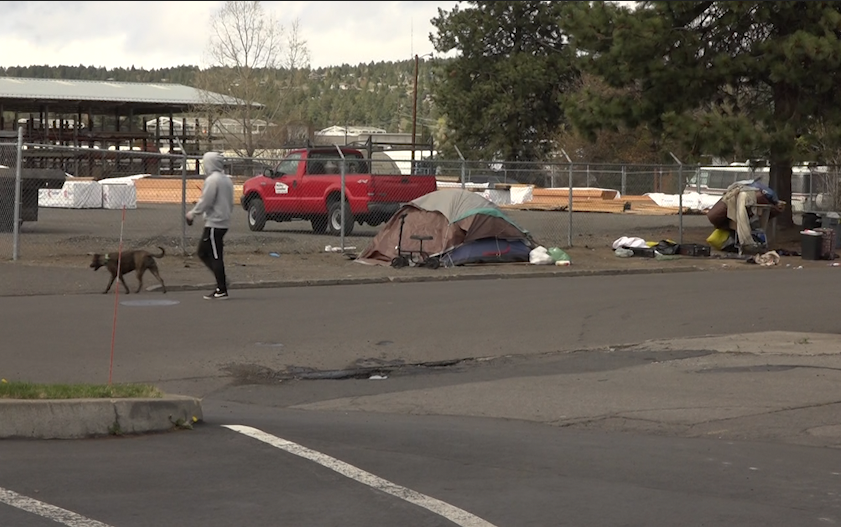 ‘We are starting to get that mix of solutions for people,’ City Councilor Barb Campbell says

BEND, Ore. (KTVZ) – On Wednesday night at the Bend Municipal Court, Bend city councilors took public testimony, then proposed changes to a controversial plan to revise codes for where homeless shelters can be located, and their requirements. It kept the spotlight on many residents’ concerns, fears and frustrations, also shared by many businesses.

Some businesses are worried about safety issues related to homeless camps. An employee at Lifestyle Wake, a boat dealer on Northeast Second Street, said Thursday they have had fires near their building. This was the second fire to take place outside of their building. To ensure the staff and employees safety, the company installed security cameras.

“I just think it seems like the bigger solution is not allowing people to camp inside city limits for exactly this reason,” said Robert Rodriguez, the business’s service manager. “Just because it’s unregulated, unmonitored, and there’s no way for anybody to have any control over the situation.”

I spoke to another business and was told that it started with one tent and grew to a whole block of tents near Dragonfly Body Art. Jessie Zenor told me that she has had her car rummaged through as well.

I asked Zenor if she was at the public hearing Wednesday night, what would she have said to city councilors.

Zenor said,” I would just let them know that we need to find better programs for low-income or people with disabilities, for people who are just struggling and need an extra, supporting hand. You know, Bend has become catered to vacations and has become this kind of like theme park.”

City councilors asked staff to revise the proposed shelter codes to require 24-hour on site management of shelters, and dropped the idea for hardship housing, which would have allowed RVs and tents on private property.

Councilor Barb Campbell said Thursday, “We are making a significant difference, and success of our Veterans Village, the success of our Second Street shelter, and the fact that we now have two motels that are turning into shelters — we are starting to get that mix of solutions for people.”

Zenor said, “This is just a bigger side-effect of an issue within Bend — more money comes in and big money comes in. As Bend begins to cater to the wealth, things like this are going to get worse.”

“There’s no housing for people, there’s no help for people with mental health or substance abuse issues, and they have nowhere to go. So as much as we want them to not be on our streets, on our business, where else are they going to go?”

City staff are working to draft a camping ordinance to address the issue of street camps. The city council has a work session scheduled for June 15.

The post ‘Where else are they going to go?’: Bend businesses struggle with issues related to homeless camps appeared first on KTVZ.