When the heat is on the High Desert, what’s a construction crew to do (besides take a break)? 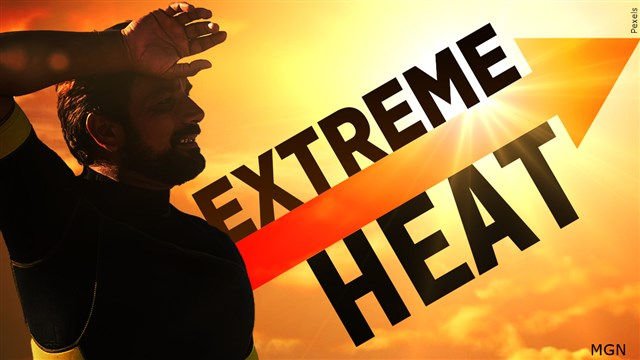 BEND, Ore. (KTVZ) – Another record-breaking heat wave is baking much of the Northwest, including the High Desert, making many businesses have to adjust their operations, for both worker and customer safety.

That especially means the jobs that involve working outdoors year-round, in the cold, heat – whatever may come. And in Central Oregon, that focus is often on the building industry.

And it’s back: Redmond Airport hit 103 degrees Tuesday, breaking the July 26 record of 101 set in 1998, the National Weather Service reported.

In construction, when temperatures top the century mark, it can mean an early start and more frequent breaks for everyone, or just not doing things that you take for granted the rest of the year, like roofing operations.

There’s also an education aspect, to make sure workers are taking the breaks, hydrating and taking action if they don’t feel well. Supervisors also have to adjust their messages.

NewsChannel 21’s Bola Gbadebo is visiting some job sites as the temperatures climb Wednesday. Watch for her report at Five on KTVZ.

The post When the heat is on the High Desert, what’s a construction crew to do (besides take a break)? appeared first on KTVZ.