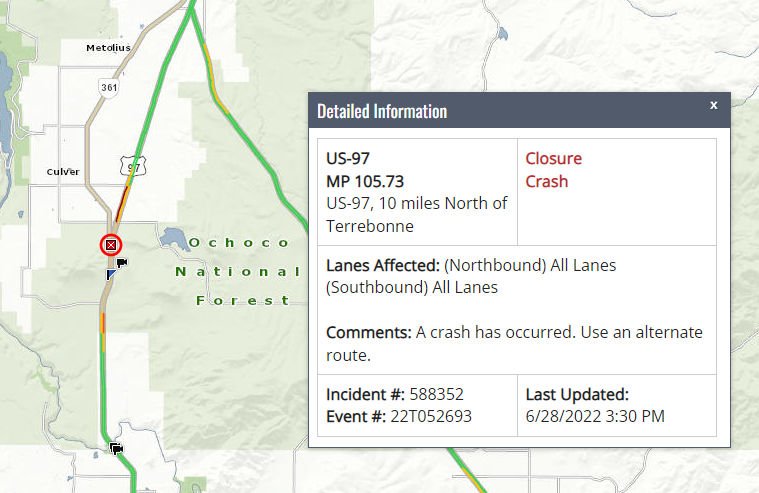 CULVER, Ore. (KTVZ) – A Washington state motorcyclist was killed and his passenger critically injured Tuesday afternoon in a collision with a car whose driver failed to stop at the intersection of U.S. Highway 97 and state Highway 361 near Culver, Oregon State Police reported.

OSP troopers and other first responders went to the scene of the crash, a mile south of Culver, around 2:25 p.m., troopers said.

A preliminary investigation found that a 31-year-old Prineville man was driving a Ford Thunderbird on Highway 361 when he failed to stop entering Highway 97 and collided with a northbound Honda Gold Wing motorcycle operated by Martin Fox, 65, of Manson, Washington, OSP said.

Fox sustained fatal injuries and died at the scene. His passenger, Susan Fox, 62, also of Manson, Washington, was critically injured and flown by air ambulance to St Charles Bend. The car’s driver also was taken to the hospital with injuries.