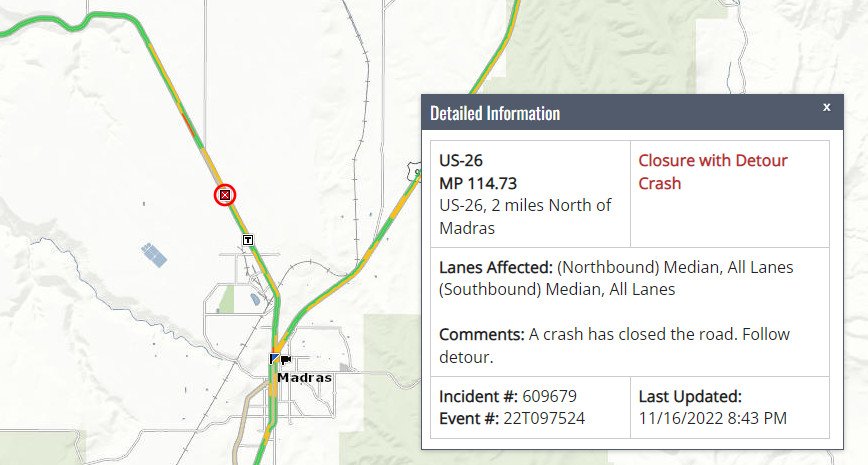 Jessica Johnson, 15, had been critically injured in the Nov. 16 crash that also claimed the life of her aunt, Saralee Spino-McCormick, 29, also of Warm Springs and Jessica’s 13-year-old brother. Head Coach Shawn Darrow shared the news of Johnson’s passing on the Madras Girls Soccer team’s Facebook page.

“She truly was such a vibrant and wonderful young lady,” Darrow told NewsChannel 21. “She was the freshman homecoming princess and made a mark on our soccer program quickly in such a short period of time.”

“All of her coaches loved her because of the grit and toughness on the field, but also her funny, spunky personality off the field,” he added.

Oregon State Police a preliminary investigation found that Audrey Cooper McHugh, 29, of Bend, was passing several vehicles in the fog around 7:30 p.m. when her Toyota Tacoma pickup collided head-on with a westbound Chevy Malibu driven by Spino-McCormack. McHugh also was taken to an area hospital with serious injuries.

The crash closed Highway 26 for about two hours while the OSP Collision Reconstruction Unit investigated the scene. OSP was assisted by Jefferson County Fire and EMS, the Jefferson County Sheriff’s Office and ODOT.