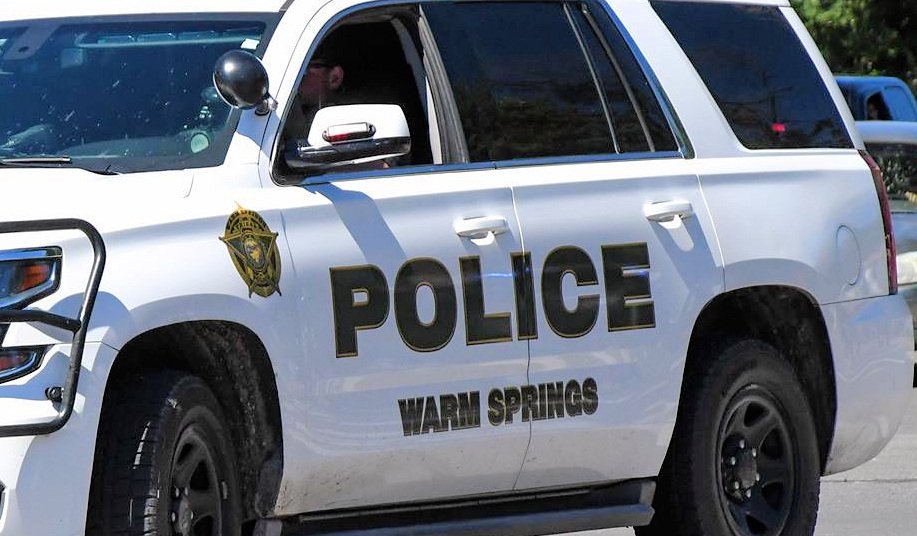 Police chief warns his department ‘will not tolerate’ drug trafficking, ‘no matter the amount’

The 41-year-old Portland man’s pickup truck was stopped for a traffic violation, at which point officers ran the license plates and learned its owner had an outstanding warrant from Hood River for DUII and possession of a dangerous drug, Elliott said.

Due to those charges, a tribal police narcotics detective was called to the scene with a certified drug-detection dog. They discovered 34 suspected fentanyl pills and about six grams of purported psilocybin mushrooms.

The man was taken to the Jefferson County Jail and civilly cited into Warm Springs Tribal Court, facing fines of up to $10,000, as well as Jefferson County Circuit Court on state charges. Because the drugs were found in a vehicle on the reservation, Elliott said the case also is being forwarded to the U.S. Attorney’s Office for possible felony prosecution under federal law.

The Warm Springs police chief also had a message, and a warning to share:

“The Warm Springs Tribal Police Department (WSTPD) wants to notify the public that even though there are new laws affecting the State of Oregon regarding the possession of controlled substances, on lands that are under the jurisdiction of the Confederated Tribes of Warm Springs (CTWS) the current tribal and federal drug statutes will remain in effect.

“The protection of the Warm Springs community against the introduction of drugs like fentanyl, heroin, and meth are a priority for this police department. The WSTPD will continue to vigorously enforce all drug laws, which in turn could subject violators to federal criminal prosecution, and/or civil process within the power of the tribe that could lead to the loss of property, such as vehicles, used in commission of these offenses and stiff fines.

“We hope that the public take these facts into consideration if they intend to be in possession of any amount of controlled substances while coming onto, or transiting through the Warm Springs Indian Reservation, and understand that the lax drug possession provisions contained in SB-110 do not apply to this jurisdiction.

“Even though the Warm Springs community and government embraces prevention, intervention, and rehabilitation as the ultimate means of bringing about a drug-safe environment, it also strongly believes in the rule of law as part of its governmental doctrine.

“As such, the WSTPD continues to work closely with all facets of the drug abuse and mental health agencies operated by this tribe, but will not tolerate drug usage, possession, or trafficking within its jurisdiction no, matter the amount,” Elliott concluded.