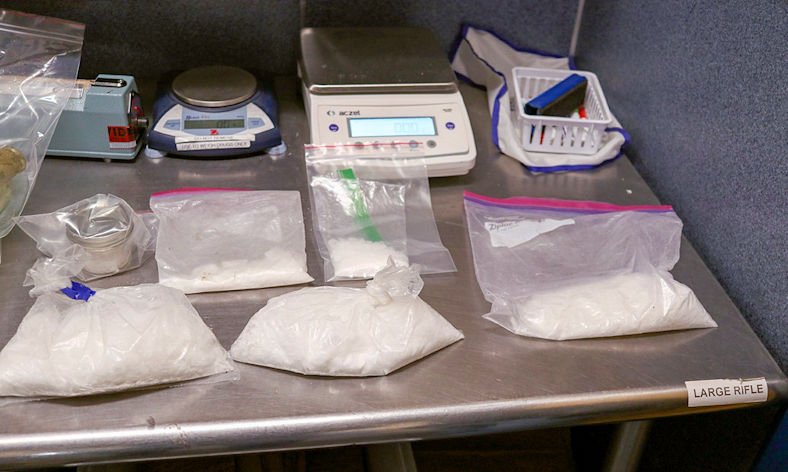 BEND, Ore. (KTVZ) – A Bend man wanted on a parole violation warrant was arrested Thursday while parked at his storage unit, and a raid turned up more than two pounds of methamphetamine, a BHO (butane hash oil) lab and a “felony amount” of the drug, a Deschutes County sheriff’s detective said.

The Sheriff’s Office Street Crimes Unit had conducted a short-term investigation of the 53-year-old man for drug sales in the county, Detective Sergeant Doug Sullivan said.

A search warrant later was executed for the storage unit and vehicle, turning up the meth, BHO lab and butane hash oil, Sullivan said.