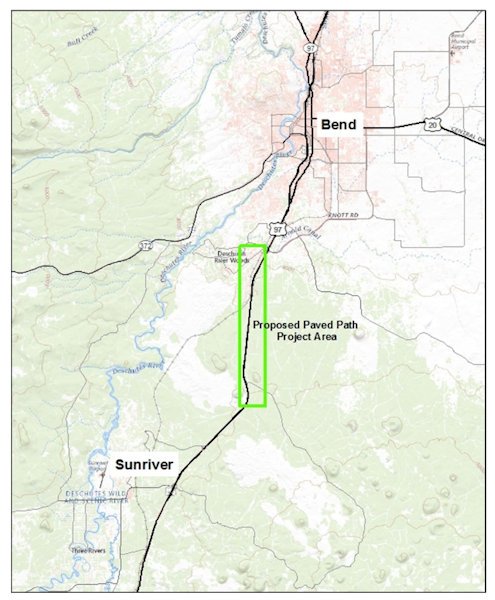 BEND, Ore. (KTVZ) — The Deschutes National Forest said this week it has issued its environmental assessment and draft decision notice for a final objection period for a planned 6.1-mile paved path from Knott Road in southern Bend to the Lava Lands Visitor Center.

About four miles of the planned 10-foot-wide paved path, with a two-foot shoulder is on the Bend-Fort Rock Ranger District of the Deschutes National Forest. It’s a 6.1-mile paved path paralleling Highway 97, in collaboration with the Oregon Department of transportation.

To mitigate the loss of wildlife habitat, the Forest Service plans to reinforce road closures and decommissioning, with nearly three miles of mostly unauthorized roads to be “obliterated,” District Ranger Kevin Larkin said in the decision letter.

The project is expected to begin next year, after the 45-day objection period, the stage in the process where people who have commented during previous public comment periods have one more chance to raise any objections.

You can review the Forest Service plans and documents here: https://www.fs.usda.gov/project/?project=57665.