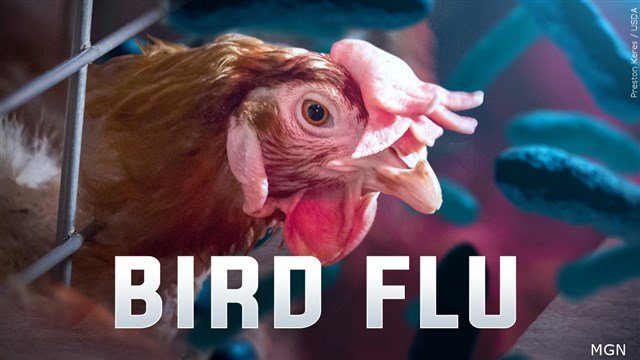 Owners did not sell eggs, other products, so no need to expand regional quarantine

SALEM, Ore. (KTVZ) — Two more large non-commercial backyard flocks of birds in Deschutes County have been euthanized after they were confirmed to have highly pathogenic avian influenza (HPAI), bringing the total in the county to six in recent weeks, the Oregon Department of Agriculture said Tuesday.

On July 22, the U.S. Department of Agriculture’s Animal Plant Health Inspection Service (USDA APHIS) confirmed HPAI in the two non-commercial backyard flocks in Deschutes County. Each property had approximately 70 to 80 birds, a mix of chickens, ducks and Pea fowl, the ODA reported.

All of the birds were humanely euthanized on July 24, ODA said. Unlike the previous reported cases, these flock owners did not sell eggs or other poultry products; therefore, federal guidelines do not require expansion of the existing regional quarantine, officials said.

NewsChannel 21’s Bola Gbadebo is looking into these cases and getting some perspective from officials for a report coming up at 5 p.m. Meanwhile, here’s the rest of the ODA announcement:

USDA, in partnership with ODA, humanely euthanized both flocks to prevent the spread of HPAI. The birds will not enter the food system.

There is no immediate public concern due to the avian influenza virus detection. Avian influenza does not affect poultry meat or egg products, which remain safe to eat. Both wild and domestic poultry should be adequately prepared and cooked.

To keep the public informed, ODA will provide weekly HPAI summaries beginning August 8 and post all confirmed Oregon HPAI cases online. You can sign up to receive HPAI updates via email. ODA will continue to issue news releases to announce the first case of HPAI in domestic poultry in a county that has not previously had a case of HPAI, and for new or expanded regional quarantines.

As always, ODA advises commercial poultry and backyard flock owners to be vigilant with biosecurity measures and surveillance. Preventing any contact between wild birds and domestic flocks is the best way to protect domestic birds from HPAI. Death or illness among domestic birds should be reported to ODA. Please report by calling 503-986-4711 (Alt phone 1-800-347-7028).

To report the death of wild birds, please contact the Oregon Department of Fish and Wildlife (ODFW) by calling 1-866-968-2600 or email Wildlife.Health@odfw.oregon.gov.