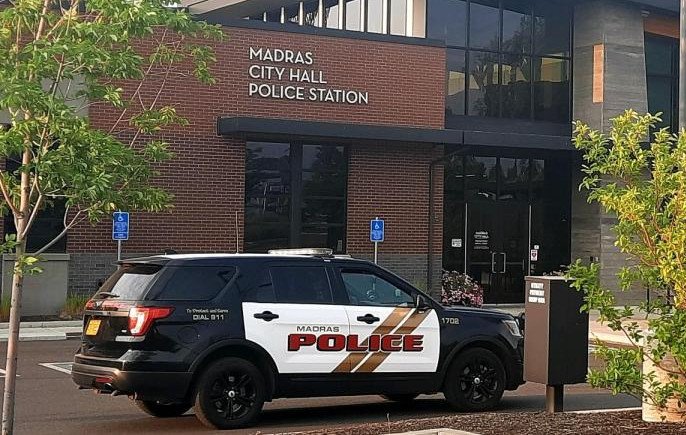 MADRAS, Ore. (KTVZ) – Three Jefferson County residents, one a 14-year-old, have been arrested in a downtown Madras shooting early Saturday morning in which several shots were fired into a parked vehicle with two people inside who escaped injury, police said Thursday.

They arrived to find the parked vehicle struck by several bullets. Two people were in it, “but thankfully, no one was injured,” Webb said in a news release Thursday.

Officers recovered ammunition cases at the site and during the investigation obtained video evidence from several downtown businesses that helped them identify three suspects, the sergeant said.

Over the next several days, officers found, interviewed and arrested two adults and one juvenile, all male.

Ivan Felix, 30, of Madras and Heli Vivanco, 28, of Metolius, were booked into the Jefferson County Jail on charges of conspiracy to commit aggravated murder, Webb said. A 14-year-old Metolius resident was lodged at the Deschutes County Juvenile Detention Center on attempted murder charges.

Webb told NewsChannel 21, “As far as we can tell at this point,” Saturday’s shooting doesn’t appear to be connected to Monday night’s fatal shooting in the Strawberry Heights neighborhood of southeast Madras.

“These arrests were expedited in part due to the video footage we were able to obtain from downtown businesses,” Webb said in the news release. “Surveillance cameras are a valuable asset for both businesses and public safety. We strongly encourage all businesses to have them installed.”