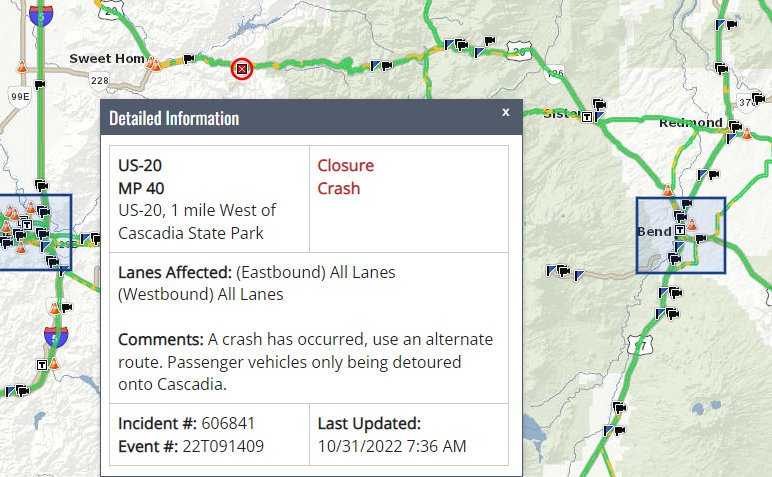 Highway was blocked east of Sweet Home for several hours

Troopers and emergency personnel responded around 5:35 a.m. to the crash on Highway 20 near milepost 20, a mile west of Cascadia State Park.

OSP said a preliminary investigation found that Edwin Dominguez, 20, of Bend, was driving an SUV heading east when he crossed into the westbound lane and collided head-on with another SUV driven by a 26-year-old Albany wwoman.

Both drivers were taken by air ambulance to a nearby hospital, troopers said. Two passengers in the woman’s SUV, ages 1 and 4, were taken there by ambulance.

“Impairment is being investigated as a possible contributing factor” in the crash, troopers said in a news release, not providing more details.

Highway 20, also known as the Santiam Highway in that area, was closed while OSP’s Collision Reconstruction Unit investigated the scene, troopers said. A detour was established for passenger vehicles. The highway reopened before 11 a.m.