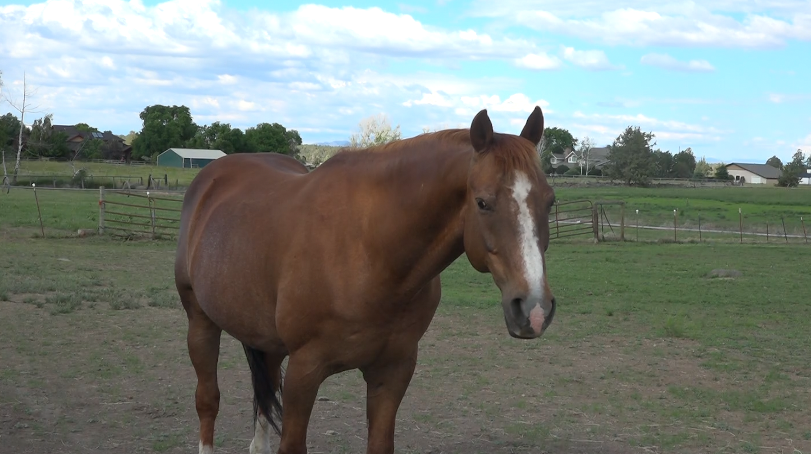 TUMALO, Ore. (KTVZ) — The lighting and thunder that has been happening frequently in Central Oregon recently could make it hard to tell when its best to bring horses to shelter. Dr. Patrick Young of Tumalo has been a practicing veterinarian for 25 years and has seen cases of horses struck by lightning.

He said Wednesday he has seen three horses that had been hit by lightning, and in those cases, the horses were underneath trees. When Young was in undergraduate school, he said he saw eight heads of cattle under one tree struck by lightning.

Young explained where and how the lighting strikes are most likely to happen.

“Most horses and cattle, it’s not a direct strike to the back of the head,” Young said. “Most of them are lighting strikes that have shot down a tree or building or something.”

One of the things you can do is provide shelter that’s out in the pasture, or to bring the horses into a barn. I asked him what are some other injuries a horse can experience during lightning and thunder.

“To be honest with you, most of it can be a pretty instantaneous death,” Young said. “Some of them will have some mild neurological cases, where they’re not able to perform their job as well.”

I asked Young what a horse owner should do if the animal may have been struck by lighting. He said one needs to consider their own personal safety, but it depends on the situation.

“If your horse is a paraplegic or paralyzed and can’t move all four of its legs in an orderly fashion, then it’s dangerous for the handler,” he said. “The best thing to do at that point would be to call your local veterinarian.”