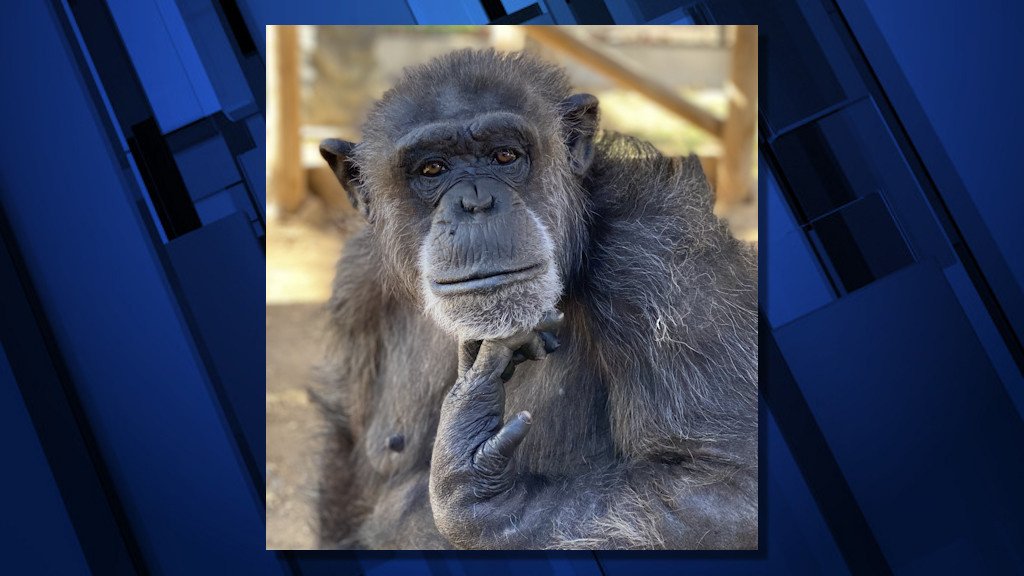 TUMALO, Ore. (KTVZ) — Freedom for Great Apes, the chimp sanctuary in Tumalo, announced “with a heavy heart” Thursday the passing of their beloved chimp Thiele, at age 36.

Caregivers found Thiele lying in her blanket nest on the morning of Friday, Oct. 21 with her chimp family by her side, the organization said.

A preliminary examination indicated that Thiele had an underlying heart condition. Cardiovascular disease (or heart disease) is common in great apes, according to the Great Ape Heart Project. Being such a problem, The Great Ape Heart Health Project works continuously on this subject matter to provide a better understanding of strategies and treatment for cardiac disease in all ape species.

Thiele was born on July 14, 1986, in Vallejo, California, where she was sent to Marine World to work in entertainment.

In 2005, when the facility was no longer able to care for the chimpanzees, Thiele and her surrogate sister Maggie arrived at the sanctuary. It was then that she was reunited with her full sister, Patti.

“Over the past 17 years, Thiele has lived a peaceful, happy and enriched life in what truly became her forever home,” the sanctuary said, adding, “Thiele, you will forever be in our hearts.”

Donations in Honor of Thiele can be made at: https://freedomforgreatapes.org/