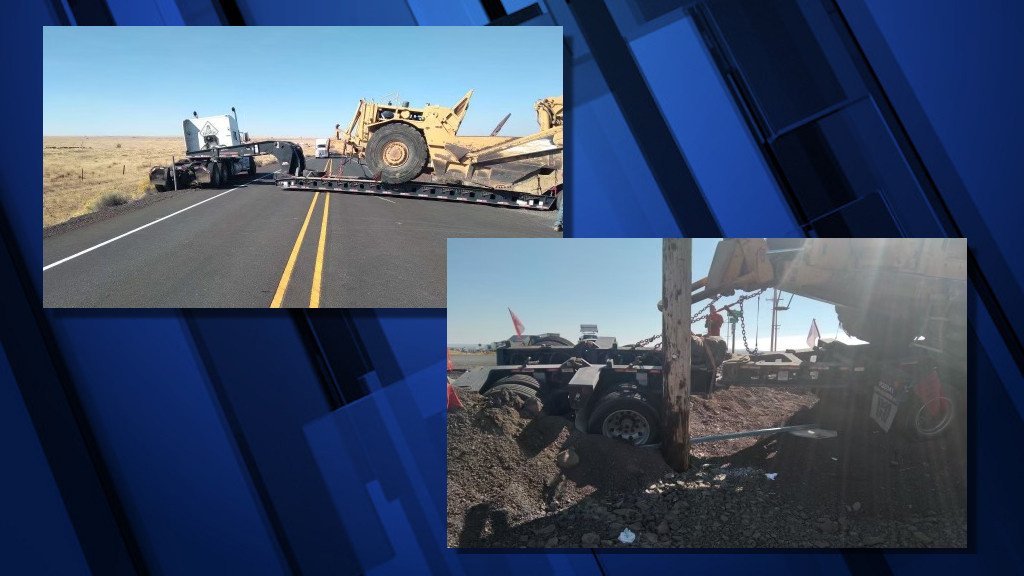 SHANIKO, Ore. (KTVZ) – A semi-truck driver hauling construction equipment crashed into a power line while trying to make a sharp right turn onto U.S. Highway 97 west of Shaniko Saturday morning, closing a 10-mile stretch of the highway for several hours, authorities said. The driver was cited for towing too many trailers.

Oregon State Police troopers responded to the crash that was reported around 9:15 a.m. on Highway 97 at Bakeoven Road. They determined the commercial motor vehicle driver tried to make the turn onto the highway but drove off the road, hitting a power line and blocking both lanes.

The highway was closed between Shaniko and the Highways 97/197 junction (mileposts 58 to 68) as a result of the crash, which apparently caused no injuries. It was open again by about 4 p.m. (Get traffic updates on KTVZ.COM’s TripCheck page.)

An OSP public information officer said the truck driver was cited for exceeding the number of allowed vehicles (trailers) in tow and for failure to drive within a lane.

OSP was assisted at the scene by ODOT and the Wasco County Sheriff’s Office.