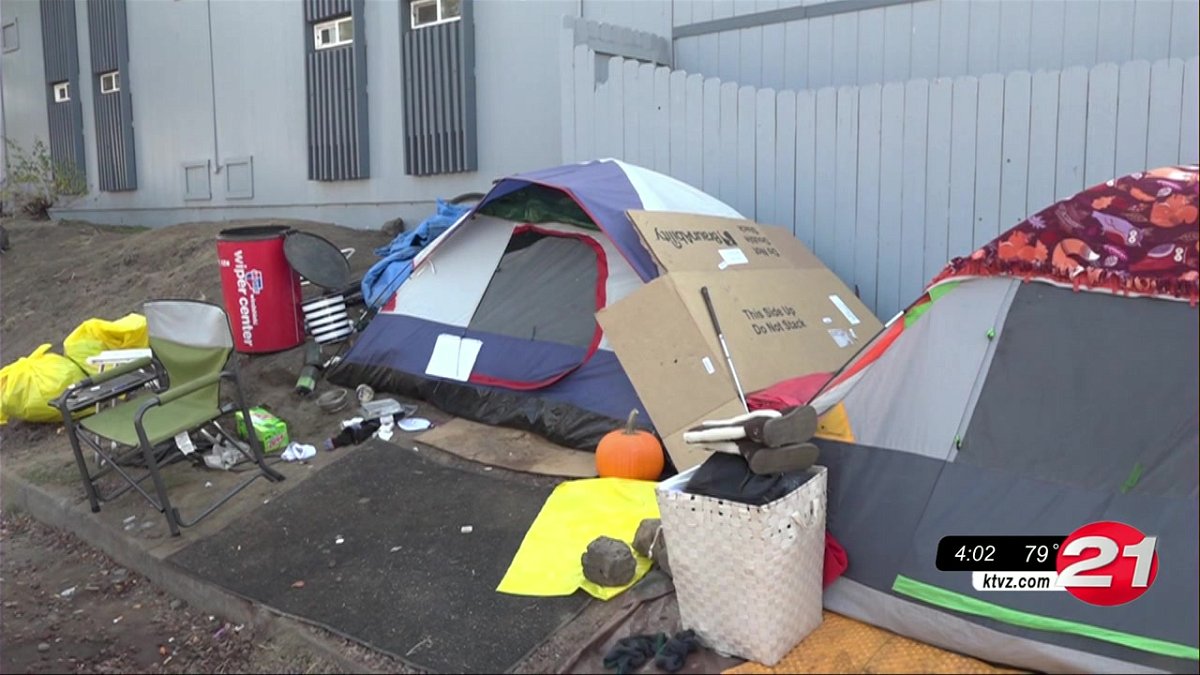 BEND, Ore. (KTVZ) — The city of Bend is planning a homeless camp clean up on 2nd Street between NE Greenwood and NE Franklin for next Tuesday.

He has friends living on Second Street.

“Same as any other person — they’re distraught, they’re sad,” Claar said Tuesday. “They have to pick everything up and try to manage it without a vehicle or a trailer and carry it, God knows where … wherever the good Lord sets us.”

City Manager Eric King designated the campsite as unsafe in a memo on Oct. 10, following a Bend Police report.

The report found over the period of a month, there were 11 active campsites on second street, 121 calls for police and nine arrests.

Anne Aurand, the city’s communications director, said the city issued cleanup notices on the 11th and reached out to local service providers.

“Well, we can’t guarantee where people are going to go after they leave,” Aurand noted.

NewsChannel 21 asked Claar what his friends plan to do after the cleanup.

“Try to find another spot until they kick us out again,” Claar said.

There have been several similar cleanups in that area of Bend the past few years, including one on Emerson Street in 2021 and another on Second Street in March of this year.

Aurand said, “In the past, we’ve cleaned up this area, some time goes by and folks come back and end up camping here again — and here we are.”

But Aurand noted since the Emerson Avenue clean up, the city’s winter overnight shelter space has increased by 40 people, 28 former hotel rooms have been added with Project Turnkey, 10 safe parking spaces have been established and the Central Oregon Veterans Village has opened, in addition to existing shelters like Lighthouse and Shepherd’s House.

“Over the last year or so, the community has made progress in creating more shelter capacity,” Aurand added.

The cleanup also comes as the Bend City Council is seeking to complete work by year’s end on a new code to regulate unsanctioned camping on city property and public rights of way.

“If this camping code is completed, there would be more certainty and clarity about where and how people can camp on public rights of way,” Aurand said.

Claar knows the issue is complex, but he still thinks people like him and his friends would benefit more from basic utilities than constant movement.

“And I have no clue what the answer is,” Claar said. “But the answer is not to make us suffer and not give us a potty-port or a stupid dumpster. I mean, holy cow! They spend all that money cleaning up the biohazards and feces and all that, then they would just put a freaking dumpster there and a potty-port.”