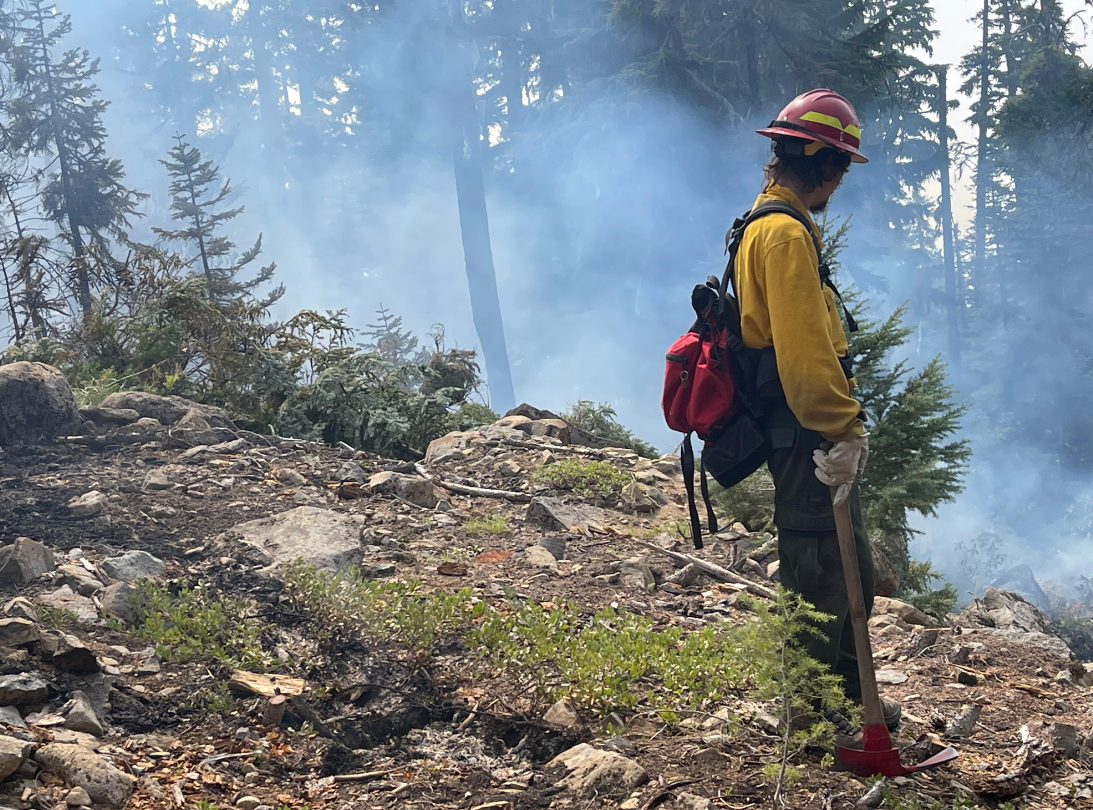 Firefighter safety is key priority, a challenge in tough terrain

BEND, Ore. (KTVZ) — There are now more than 1,800 firefighters assigned to the Cedar Creek Fire, sparked by lightning over a month ago. The fire that ignited August 1 has been challenging for firefighters, while officials explain why it wasn’t stopped quicker in its small, early stages — and the cost keeps mounting.

Wednesday’s daily “situation report” from the National Interagency Fire Center puts the cost to date of fighting the Cedar Creek Fire at $53.3 million. That’s the highest of any of the 11 large uncontained wildfires in Oregon and Washington, but not far ahead of the $49.8 million cost so far of battling the Rum Creek Fire in Southern Oregon.

And it’s also not the costliest fire burning in the Northwest. The price tag is $78.2 million so far for fighting the Moose Fire in Idaho, which has burned nearly 130,000 acres and has 907 personnel on it. California’s SRF Lightning Complex, now 95% contained, has cost $93.1 million to put out.

Fire officials say the location has from the start been presenting serious challenges due to its topography.

They have noted there are safety issues due to the area’s topography from its start three miles west of Waldo Lake. It has steep slopes and valleys that are hard to access.

A fire progression animated map can be viewed at: https://nifc.maps.arcgis.com/apps/instant/slider/index.html?appid=43cb3c38e2a941c38349a29125fc6c8d

We spoke Wednesday with Cedar Creek Fire Public Information Officer Bud Sexton, who explained how safety is a top priority in the danger posed by fires.

“One of the things we have to look at is the risk (vs.) reward of putting a firefighter into that area,” he said. “Can you even get them into that area?”

Sexton went on to explain if crews go into a location, it’s imperative they can also come out quickly and safely, if they become injured or are in a threatening situation.

From the start, he said, the area and topography didn’t allow for certain strategies.

“We had to really work on those containment lines, and then find those areas where we can manage that fire,” he said.

To tackle the recent, rapid growth, firefighter crews are using drip torches to work on containment lines, as well as drones and small amounts of fire retardant.

He said the fire also is near a wilderness area and they are working to maintain the wilderness integrity.

“The retardant used around the area has been used in very small amounts and in specific and defined areas,” he said. “We always have to make sure to maintain very far distances from any water source.”

Sexton said with more moderate weather this week, crews should be able to make a lot of progress in getting a line around the fire.