The 3-year ‘paws’ is over: Bend’s Fourth of July Pet Parade returns after hiatus, to the joy of many 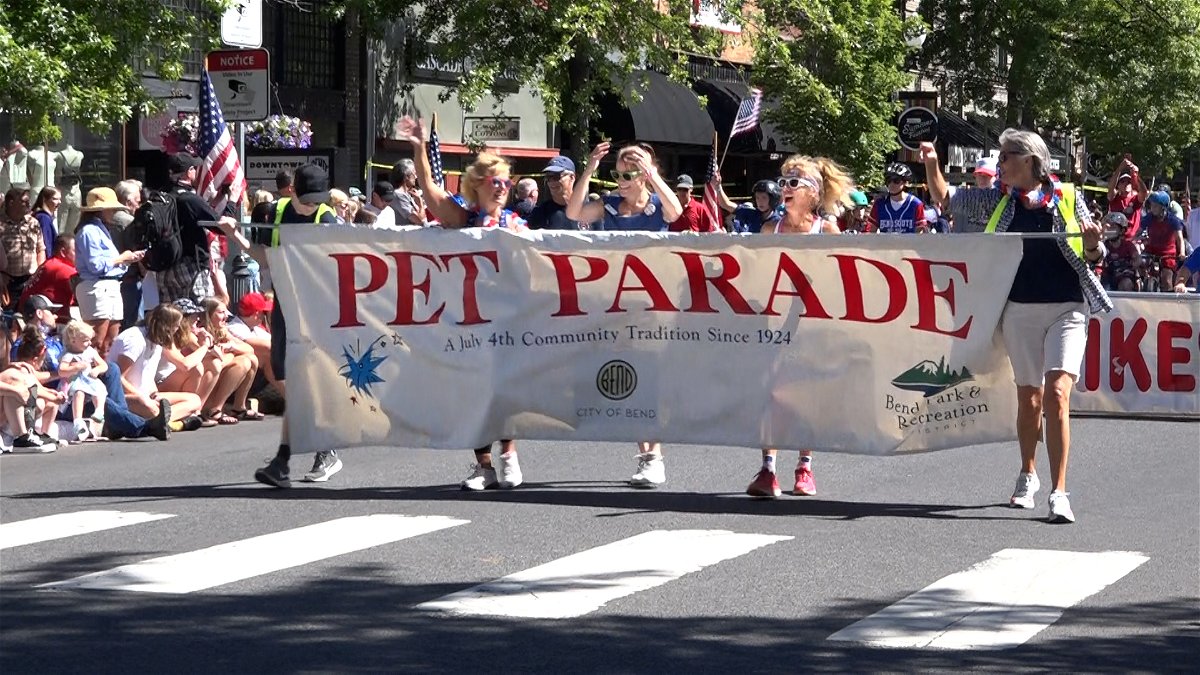 BEND, Ore. (KTVZ) — Just before 9 o’clock this morning, The Lahley family already had a front row seat on Wall Street.

“We just wanted to come get a good spot that was kind of in the sun,” Adam Lahley said. “But also offering a little bit of shade and just a good view of all the fun that we’re going to see this morning.”

The family was excited because after two years of cancellations and three years since the last time, the Fourth of July tradition of the Bend Pet Parade returned to the streets of downtown Bend on Monday.

The Pet Parade was among many traditional events that were not held in 2020 or 2021 due to concerns over large gatherings due to the coronavirus pandemic.

“We’re just excited to get back, get everything kind of back to normal and see the Pet Parade again,” Lahely said.

The pets were all across the river on Harmon Boulevard getting set for the parade’s 10 a.m. start.

Bend Park and Recreation District Community Relations Manager Julie Brown told NewsChannel 21 Monday, “There’s a lot of, you know, energy and anticipation of this event because we haven’t been able to have it for the last couple of years.

“So costumes are looking fabulous. There’s a lot of dogs of all sizes here today. I’ve seen some other animals.”

But the only dog Adam Lahley’s daughter Ellie wanted to see was a Corgi, and midway through the parade, she finally got her wish.

The cool and sunny Fourth of July morning saw thousands of people people pack the new parade route or take part in the event, which like Bend’s Christmas and Veterans Day parades followed Harmon Boulevard to Newport Ave, then Wall Street and finally Franklin Avenue to Riverside Boulevard before ending in Drake Park.

Speaking of Drake Park, the Fourth of July Festival is still on “hiatus,” because, as the Bend Park and Rec District put it, “Drake Park has a full schedule of events each summer and we need to reduce our impact on this iconic park.”

Jack Hirsh was at the parade and will have a full story coming up on NewsChannel 21 at 5.

The post The 3-year ‘paws’ is over: Bend’s Fourth of July Pet Parade returns after hiatus, to the joy of many appeared first on KTVZ.