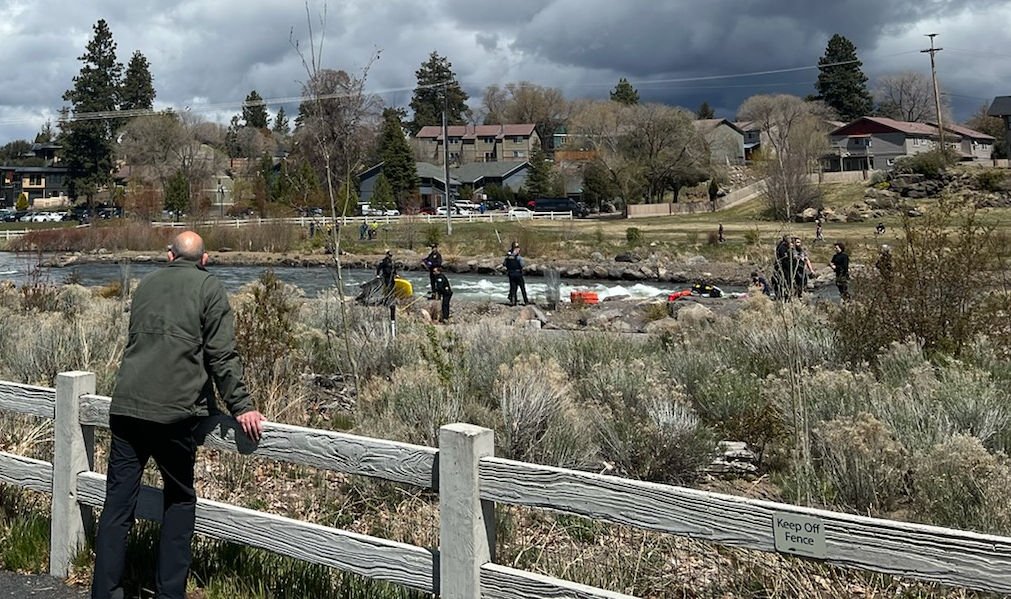 BEND, Ore. (KTVZ) – A Bend 17-year-old became trapped underwater in the rocks while surfing with friends Saturday afternoon at the Bend Whitewater Park on the Deschutes River and was rushed to St. Charles Bend after he was pulled from the water and CPR was performed for about a half-hour, police said.

The first responders learned the teen had been surfing with a group when he became trapped underwater in the rocks, Miller said.

Bystanders and others in the teen’s group were able to pull him from the water, she said, and first responders performed CPR for about 30 minutes before he was taken to the hospital.

Miller said no further information on the teen’s condition was available at this time.

The Bend Park and Recreation District, which operates the whitewater park, provided this statement to NewsChannel 21:

“Our thoughts are with the individual and their friends and family as we are awaiting additional information. The wave features are down now and will remain this way until we assess conditions. Any serious accident is a tragedy and a sad day for our facilities and community.”

Park district spokeswoman Julie Brown said this was the first such incident at the whitewater park since it opened in 2015.

Flow in the whitewater channel is controlled by a series of gates and 26 underwater pneumatic bladders that create waves, depending on water conditions. The park is used by surfers, whitewater kayakers, bodyboarders, paddleboarders and tubers.

NewsChannel 21’s Carly Keenan and Kelsey Watts were on the scene shortly after the water rescue Saturday afternoon. Kelsey’s report is coming up at 6.