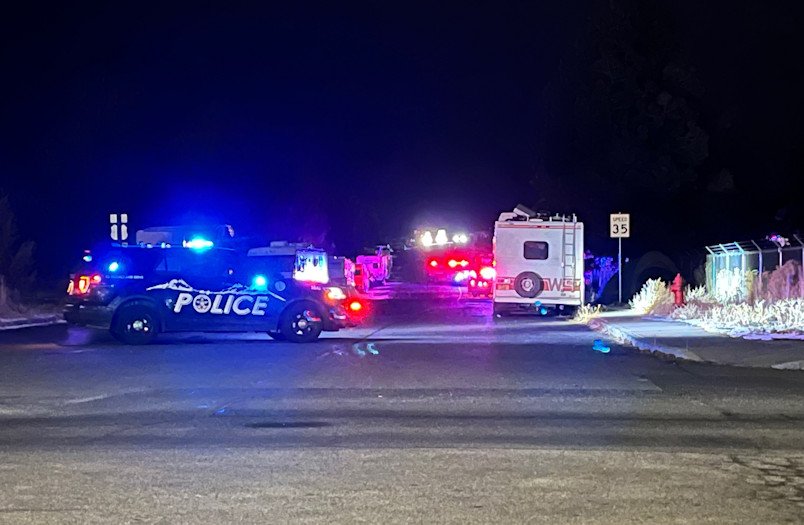 BEND, Ore. (KTVZ) – A suspect in two assaults in the Hunnell Road homeless encampment area on Sunday was found Monday evening at a trailer in that area and a standoff ensued, ending in the bite of a police K-9 and arrest by SWAT team members, police said.

Shortly after 5 p.m., police activated the Central Oregon Emergency Response Team to respond to the location. Miller said CERT and Bend Police repeatedly ordered Sommerset out of the trailer for several hours, but he did not respond.

Police applied for and got a search warrant for the trailer, Miller said.

CERT members then forced entry into the trailer and K-9 Kim was deployed. Miller confirmed that the dog bit Sommerset, who was taken into custody around 8:35 p.m. and was taken to St. Charles Bend for treatment.

Shortly before 8 a.m. Sunday, police responded to a report of a man stumbling southbound on U.S. Highway 97 near Empire Avenue with blood all over his face, Miller said earlier.

The alleged victim told officers a man had pistol-whipped him on Hunnell Road. Miller said he reported a man approached him and struck him with what may have been a CO2 gun, pointed it at him and emptied the victim’s pockets, taking his wallet and cigarettes.

The victim was taken to St. Charles Bend for treatment of his injuries.

In a separate incident Sunday evening, Miller said Sommerset is suspected of spraying bear spray into another person’s face during an argument.