‘Stunning’: Deschutes County’s population grows by nearly 29% since 2010, double that of Portland area 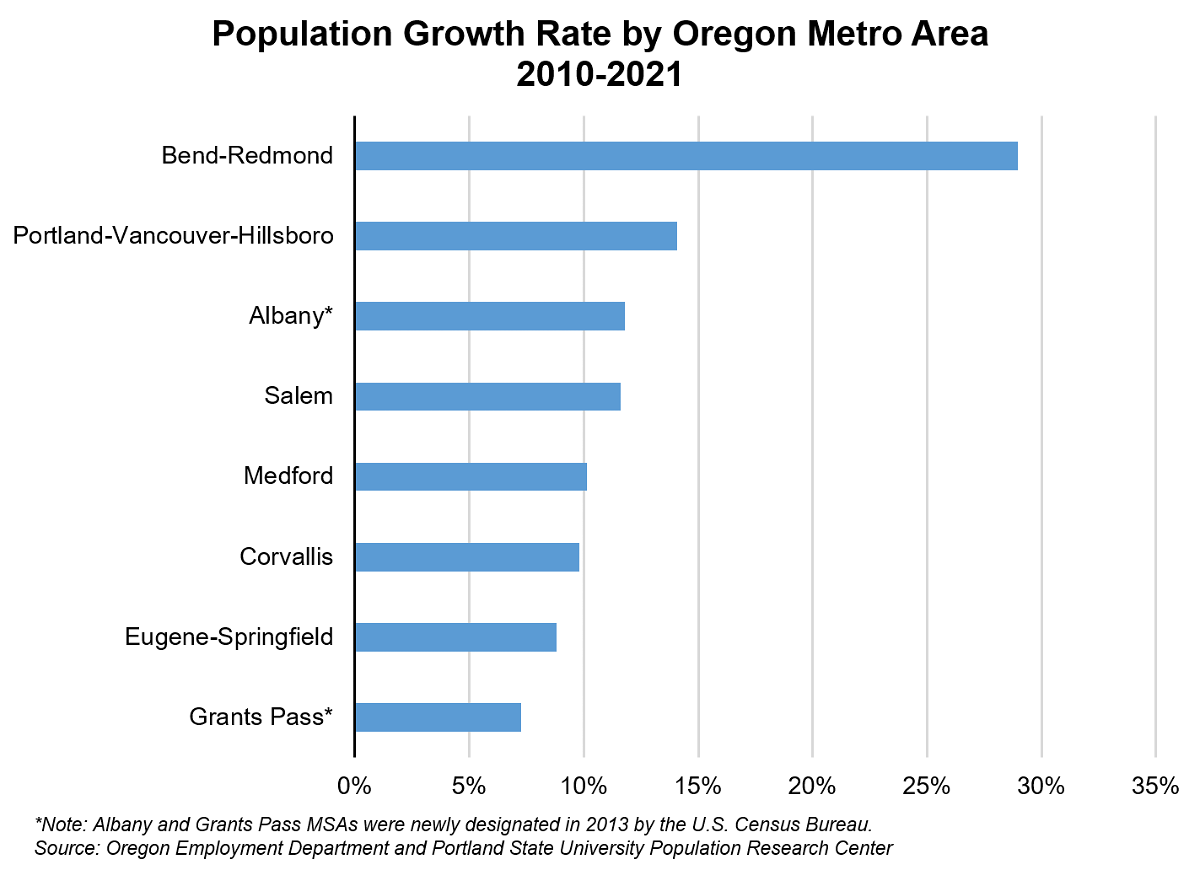 Deaths outnumbered births last year, so all of Oregon’s growth was due to net migration

SALEM, Ore. (KTVZ) — Central Oregon’s counties have been three of the four fastest-growing in the state since 2010, with Deschutes County’s nearly 29% growth rate more than twice that of the Portland area, a state economist said Monday.

In 2021, Oregon’s population increased by 22,769 to 4,266,620. This marked growth of 0.5% over the year and growth of 11.4% since the 2010 Census, close to the rate of growth over the prior decade from 2000 to 2010 as well. Portland State University’s Population Research Center recently released more detailed information on why this population growth has occurred.

With 24,979 net migrants in 2021, all of Oregon’s population increase over the year was due to net migration. Since the 2010 Census, Oregon had an average net migration of 31,000 people per year. Migration in 2021 was no doubt hampered by COVID-19 pandemic restrictions and concerns, as well as limited housing supply and high housing costs.

Central Oregon counties made up three of the four fastest-growing counties since 2010. Deschutes had a stunning growth rate of 28.9%, far outpacing the next fastest growth, seen in Crook County (21.5%). Other counties with larger-than-average growth rates included Polk (17.9%), Jefferson (14.6%), Washington (14.2%), and Clackamas and Morrow (both 13.1%).

Population Estimates by Age and Sex

The Population Research Center at Portland State University prepares annual population estimates for Oregon and its counties by age and sex, and incorporated cities and towns as of July 1 each year. These estimates serve as the official population numbers between each decennial Census and are used to disburse state revenues to Oregon counties and cities.

To explore and use population estimates data for 2021 and prior years for Oregon and its counties, visit https://www.pdx.edu/population-research/population-estimate-reports.

The post ‘Stunning’: Deschutes County’s population grows by nearly 29% since 2010, double that of Portland area appeared first on KTVZ.