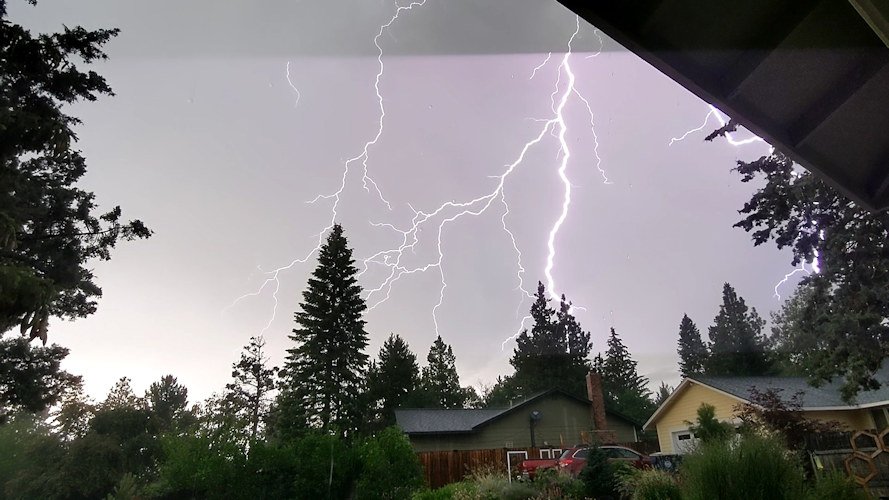 Another strong thunderstorm was reported shortly before 3 p.m. over the southwest part of the Warm Springs Indian Reservation, about 20 miles east of Detroit.

Though the lightning and its dramatic Fourth of July sky show was coupled with heavy rain over a wide area, firefighters responded to 10 new “single-tree starts” due to lightning by 6:30 p.m., mostly on the Deschutes National Forest and Prineville District BLM east of Bend.

Forest Service spokeswoman Kassidy Kern said crews were still responding to a couple of new fires around 8:30 p.m. and that one in the Mill Creek Wilderness on the Ochoco National Forest will be staffed with smokejumpers on Sunday.

All were kept small, but “more smokes will likely pop up tomorrow (Sunday) with increased heat” and more lightning in the forecast, Kern said.

More than 10,500 Pacific Power customers lost power shortly before 6 p.m. due to an apparent storm-related cause, utility spokesman Drew Hanson said. About 1,000 got power back an hour later, as crews patrolled lines, and most 8,000 were restored around 7 p.m., with the rest by 7:30 p.m.