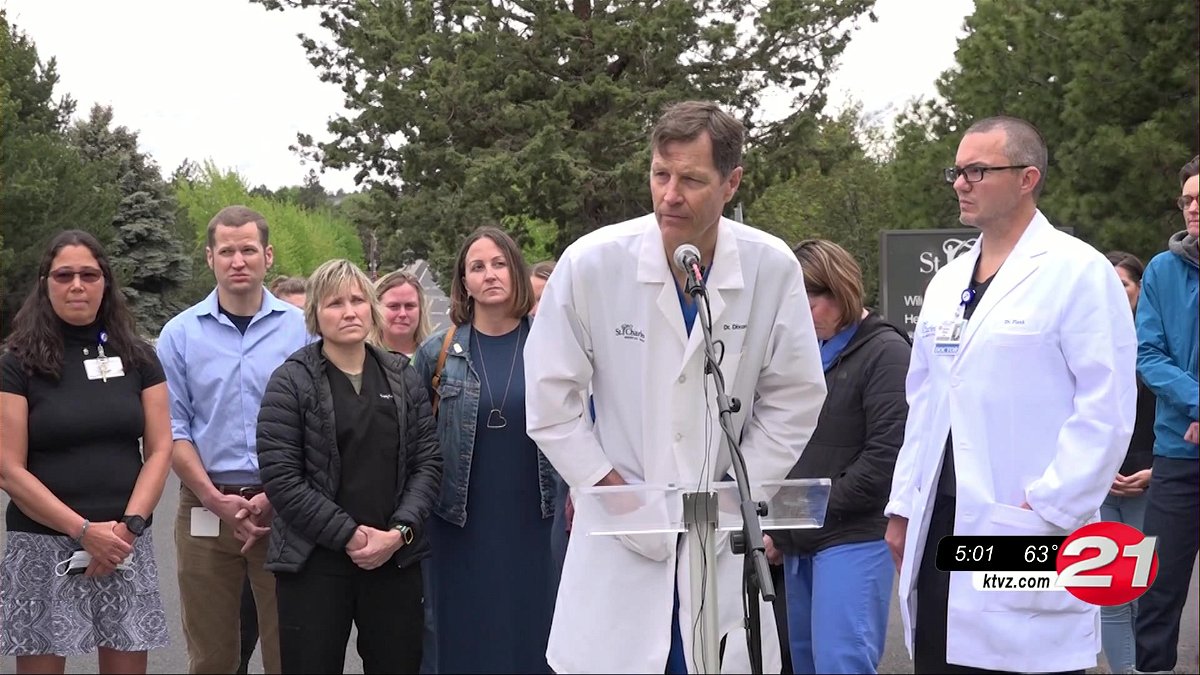 The Central Oregon Providers Network, representing about 300 St. Charles Medical Group physicians, nurse practitioners, physician assistants and other health care workers, said they re-filed their petition Monday with the National Labor Relations Board for union representation, calling it “a re-do after hospital management stalled the process with unsubstantiated accusations.”

The hospital responded that it was trying to assure the laws regarding union organizing efforts are followed.

The health care workers initially filed their petition on June 3, but St. Charles management alleged that some of the campaign’s original organizing team leaders were supervisors, according to a statement from their intended union, AFT (American Federation of Teachers).

The union said it disagreed, but chose to restart the process with a new card collection. The new petition for a union, like the previous one, would include all 300 providers.

“As providers, we know what services, staff and locations are needed to help our patients have equal access to health care services. Instead of listening to our concerns and ideas to improve the financial situation but not worsen patient care, hospital administrators laid off crucial staff. We need a union to participate in patient-care decisions,” said Debbie Rief-Adams, a St. Charles nurse practitioner.

“Unfortunately, the hospital is throwing petty roadblocks in our way with the help of one of the country’s most expensive law firms — all during a financial crisis. When the administration makes it more difficult to take care of our patients, we will make our voices louder.”

Since the original petition filing, St. Charles has undergone a top management shakeup, the union noted. Under that management, the hospital asked the NLRB to dismiss the union petition.

“We are hoping for a far more collaborative climate under new management. We want a seat at the table so health care professionals can have a voice in patient care and make sure that changes are made in a meaningful way for our profession and the community,” said Josh Plank, a St. Charles hospitalist.

COPN said it will work with the NLRB to schedule a new hearing on the petition so it can finalize a date for its secret-ballot election.

In a responding statement, St. Charles said, “We have not been notified that the original petition filed by the Central Oregon Providers Network has been withdrawn or dismissed by the National Labor Relations Board or that a new petition has been filed.”

“St. Charles has an obligation to ensure all laws are followed in the union organizing process,” the health system said. “Just as some of our providers are interested in union representation, others included in this group have shared that they have no desire to be represented. We want the rights of all of our employees honored throughout this process.

“We continue to work collaboratively with our employees to manage St. Charles Health System during a very challenging time and would like to reassure our patients that providing quality, compassionate care continues to be our top priority,” the hospital’s statement concluded.