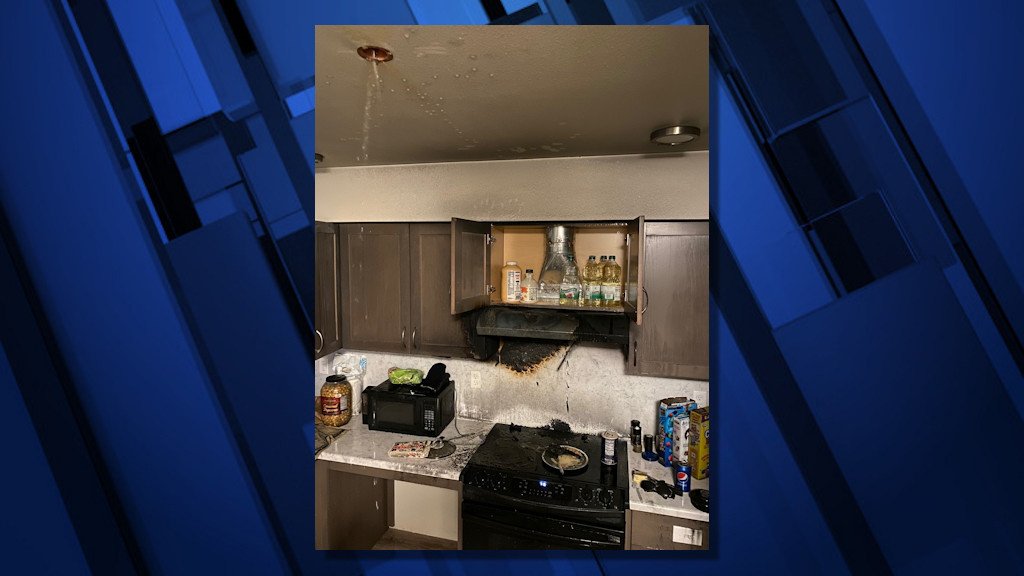 BEND, Ore. (KTVZ) – A sprinkler system stopped a kitchen fire in its tracks at a northeast Bend apartment Saturday evening, but the resulting water and smoke damage displaced six residents of five nearby apartments until cleanup is completed, officials said.

Most of the residents already had evacuated the building before fire crews arrived, and the fire had been controlled by the building’s sprinkler system, Derlacki said.

Crews worked to stop the water and clear smoke from the building, which has 60 apartments on the upper three floors and a Mosaic Medical clinic on the ground floor. Derlacki said water damage also was found in the clinic, “but shouldn’t keep the business from opening for regular business on Monday.” Damages are estimated at $50,000.

An American Red Cross disaster team was called in to help the six affected occupants find hotel rooms for the night, while the rest were able to safely return to their apartments, after the sprinkler and alarm systems were restored, Derlacki said.  A restoration company was on scene to begin the cleanup process.

Derlacki said the fire sprinkler system stopped the fire quickly and helped keep the damage to a minimum. With the fire stopped before it could spread out of the kitchen, the amount of smoke in the building was kept to a minimum and allowed the occupants to evacuated safely.

“Bend Fire Department reminds everyone to keep a watchful eye on anything you’re cooking,” the fire official said in a news release. “Cooking fires are the leading cause of home fires in the country. By following a few safety tips, you can prevent these fires.

If You Have a Cooking Fire…