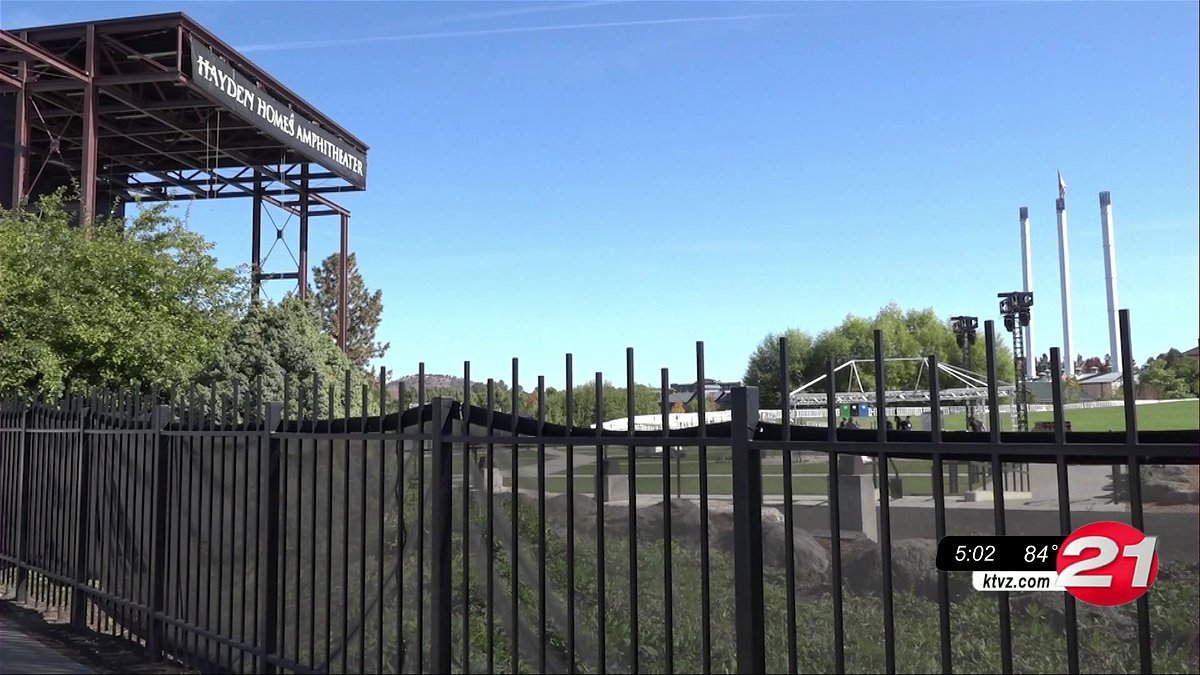 BEND, Ore. (KTVZ) — On Sunday night, Mare Peters, while sitting in her Bend home a mile and a half away from the Hayden Homes Amphitheater, heard her windows and dishes rattling.

“Really awful to have a neighbor be that inconsiderate to all of the people that live in the adjoining area,” Peters said Tuesday.

Peters said the music from the Rufus Du Sol concert was overwhelming inside her home.

She’s lived in Bend for 27 years, and says she’s never had this issue, until this summer.

“I love music, I love concerts. This is not what this is about,” Peters said.

Many of her neighbors say they’re also annoyed with the volume, while concertgoers said they thought Sunday night’s concert was phenomenal.

One user in Reddit’s Bend subreddit said, “I live a mile away and usually enjoy and am grateful for the free music. But last night was rough. The bass was so booming you couldn’t hear anything else, trying to watch TV was impossible.”

Another shared a different opinion: “The sound quality was phenomenal tonight. What a way to end the summer series! Spectacular performance.”

Peters wants to find a volume that works for concerts, but is respectful to the neighborhood.

“Other communities must do something and still be able to have a really awesome entertainment venue so close downtown,” Peters said. “But somebody has to care about how the impact is happening with their other neighbors to enjoy their evenings as well.”

The amphitheater said every concert has followed city code for noise, staying below 70 decibels.

“Based on conversations with various Bend residents, last night’s concert at the amphitheater had more of an impact on the surrounding neighborhoods than previous shows. We take our role as community stewards seriously and are working to identify why this particular concert was such an outlier. This off-season, we’re committed to finding a better balance of bringing diverse world-class artists to Central Oregon while also being good neighbors in the Bend community that we so dearly love.”

Peters said it was not just Sunday’s concert, but they have been too loud all summer.

“Someone please care enough to at least want to talk about strategies or options of what we can do, so this is not infringing on the neighbors,” Peters said.