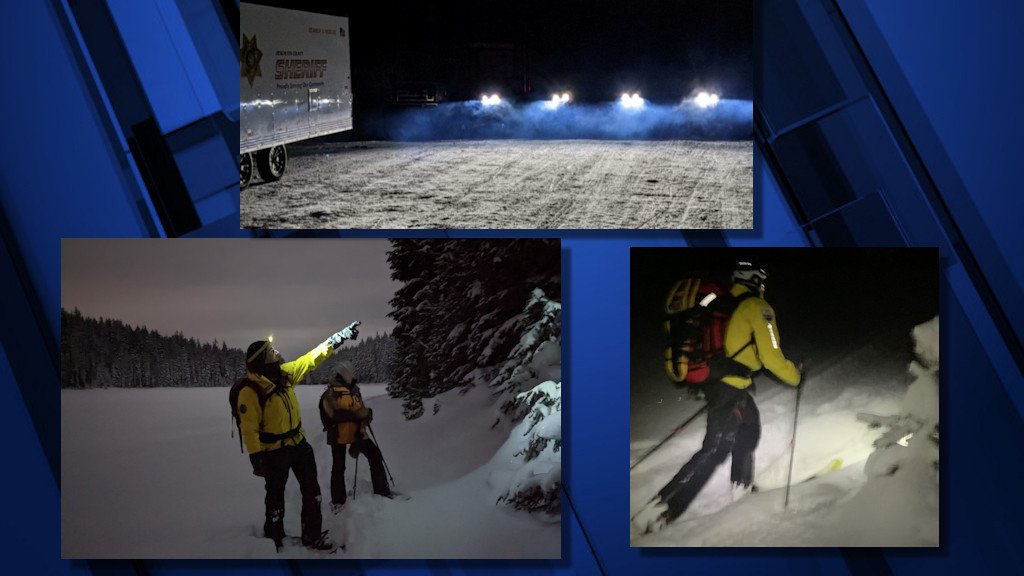 County 911 dispatchers got a call around 5:30 p.m. from a skier who said his skiing companion was having a ski malfunction they couldn’t repair in the field, and the two Bend men, ages 26 and 31, would need assistance to make it back out, according to Deputy Donny Patterson, assistant Search and Rescue coordinator.

The depth of the fresh snow, the ski malfunction and their location prevented the two skiers from self-rescuing or hiking back out unassisted, Patterson said. The caller said he had to leave his companion to ascend the mountain and get cellphone service to make the call.

A sheriff’s office Special Services deputy assigned to SAR contacted the skier by phone, Patterson said. With a Garmin inReach satellite communicator the skiers had with them, he was able to return to his fellow skier’s location and provide more accurate GPS coordinates of their location.

The skiers were reported to have food, water, appropriate winter clothing and gear to stay in place and stay warm until help arrived, the deputy said.

Two SAR teams left their Bend office just after 7 p.m. with snowmobiles, backcountry skies and snowshoes, heading to Dutchman Sno-Park. From there, the team members continued on snowmobiles to Todd Lake, where they parked them and headed to the skiers’ location on skis and snowshoes.

Around 10 p.m., the SAR volunteers reached the skiers, who were in good condition, and they were helped back down the mountain and to the waiting snowmobiles. They were then brought back to their vehicle at Mt. Bachelor.

The SAR teams returned to the Bend office and completed the rescue mission around 2 a.m. Saturday, Patterson said.