Simply Mac employees in Bend’s Old Mill District out of a job and paycheck after sudden, company-wide shutdown 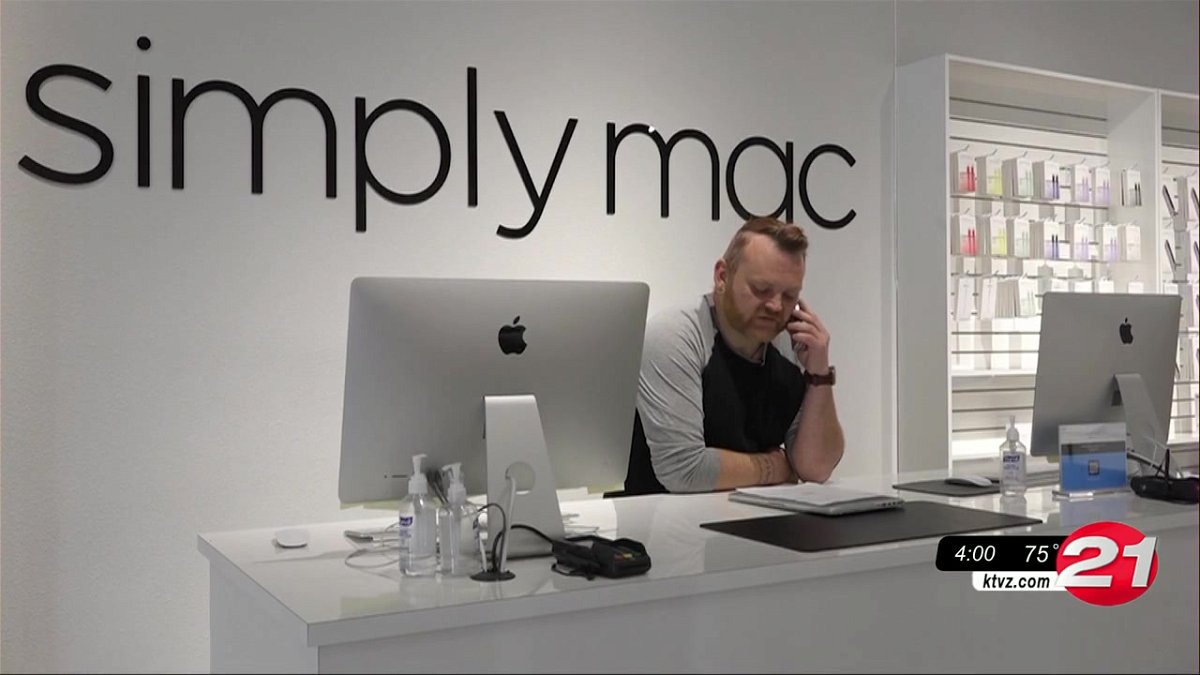 “I received notice this morning that Simply Mac is bankrupt and will be closing, effective immediately,” Hopkins told a customer over the phone.

Hopkins found out through a group chat with Simply Mac employees from other stores that the CEO sent a letter Thursday morning, telling them the company has gone bankrupt.

“A letter letting us know that we’ve all been terminated, that Simply Mac is shutting down and filing Chapter 7 and I’m not getting paid tomorrow,” Hopkins said.

The letter cites hardships of the Covid-19 pandemic as the main funding constraint.

The website MacRumors reported that the reseller and service provider shut down after nearly 16 years in business.

Hopkins said the store laid off a few people recently, but was assured from corporate leaders that things were beginning to turn around.

“Everyone was still positive that we were going to get through this, and I was going to be able to hire back my employees,” Hopkins said. “So I imagine from that point forward, it’s probably been a sinking ship that they were trying to hide.”

He said they’ve had trouble getting Apple products recently, and just spoke to his district manager about the issue on Wednesday.

“I asked him if there was any news about getting Apple products in and stuff, and he made a joke, ‘At least the paychecks are still coming in,’ which was great foreshadowing,” Hopkins said with a laugh.

“We found out the same time everyone else did earlier this morning. We’re feeling for the employees that suddenly lost their jobs,” Eastes said.  “We’ll be fine, in terms of filling that space. We’re constantly in contact with other retailers, restaurants and different business concepts, whether that’s local or national.”

While the exact timeline of what happens to the store is still up in the air, pending the bankruptcy process, Hopkins said he is making sure anyone who has a device in the store is able to get it.

“It just felt like the right thing to do, because if I didn’t show up and no one was here, there’s devices people just wouldn’t be able to get,” Hopkins said. “People’s computers are their livelihood, and I know that this is my livelihood, but I don’t want it to destroy everyone else’s, you know?”

Here is the letter sent by Simply Mac, courtesy of Skipp Hopkins.

The post Simply Mac employees in Bend’s Old Mill District out of a job and paycheck after sudden, company-wide shutdown appeared first on KTVZ.