Shepherd’s House Lighthouse shelter near capacity; extreme cold temperatures could push them over 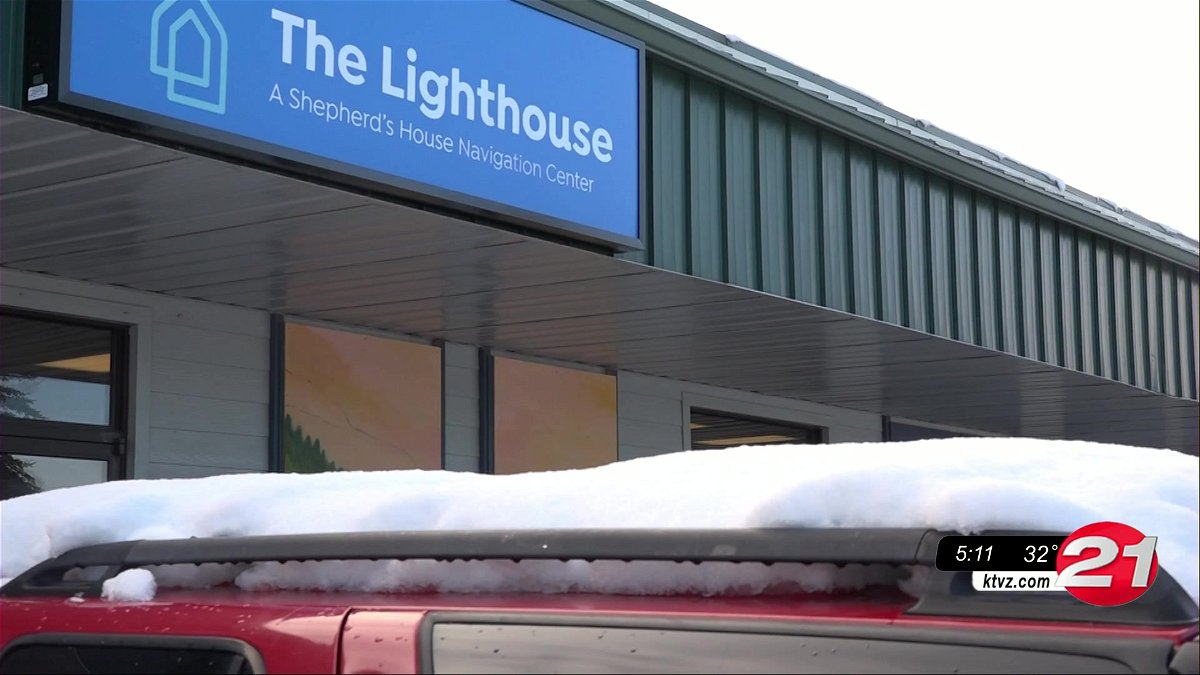 BEND, Ore. (KTVZ) — This weekend’s storm brought a few to several inches of snow across the High Desert, but only a few more people went to the Shepherd’s House Lighthouse Navigation Center shelter in Bend — so far. But predicted colder temperatures could bring even more seeking to survive the dangerous conditions.

Director of Emergency Services John Lodise says there wasn’t a major increase, because they’ve been at or near capacity since summer ended.

“So this snowfall did not really increase our numbers,” Lodise said. “The last two to three months, it’s been typical to have numbers of 100 and 110.”

Gabriel Knot, 65, has been out of work for 2 1/2 years and is staying at The Lighthouse.

“I come to the shelter off and on, when it gets really really cold and stuff,” Knot said Monday.

He said he and others come to The Lighthouse because they have nowhere else to go.

“Where are they at, they’re in the snow. They have no place to go, they’re cold. It’s sad,” Knot said. “The fact of the matter is, we’re all poor, we’re all trying to help each other.”

Last year, the shelter would see 80-90 people on an average winter day.

Lodise thinks this year, more people are choosing to use shelters.

“I think a lot of these folks have been out there on the streets and camping,” Lodise said. “I guess camping on the streets is becoming less and less appealing to them as time goes by, and they’re looking for alternatives.”

This week low temperatures could plunge into the single digits.

If so, the Shepherd’s House could use the Mountain View Fellowship Church as an emergency shelter in Redmond.

NewsChannel 21 asked what Lodise is expecting or preparing for in case of a cold-weather scenario.

“Well, here at The Lighthouse, we’re already prepared to take our 110 capacity, and if we reach that, we’re prepared to take in more people to keep them warm, even if they just sit in our day use area,” Lodise said.

If very cold temperatures hit Bend as expected, more people like Knot will need a spot to stay warm.

“Right now, it’s the middle of winter — everything is cold right now. It’s very hard to live right now, even if you are in a tent,” Knot said. “It’s really hard to survive this stuff.”

The post Shepherd’s House Lighthouse shelter near capacity; extreme cold temperatures could push them over appeared first on KTVZ.