‘She was a strong girl’: Beaverton woman in kayak accident near Cline Falls has died, family member says 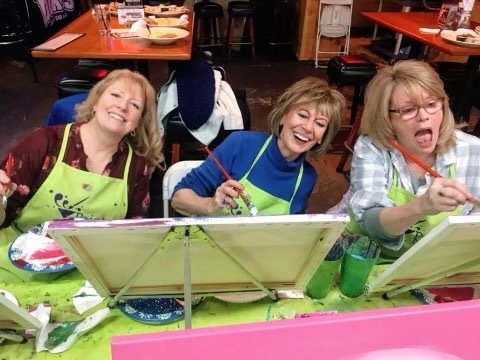 BEND, Ore. (KTVZ) — Last Tuesday, Susan Rose Doyle of Beaverton and her partner made the trip from Beaverton to go kayaking on the Deschutes River near Cline Falls, west of Redmond. But her kayak overturned and she went underwater and lost consciousness.

The 64-year-old Doyle’s partner, a 71-year-old Beaverton man, was able to pull her to shore, where bystanders, then law enforcement and medics performed CPR and worked to revive her, but she’d been underwater for too long. Doyle was critically injured, and rushed to St. Charles Redmond.

Susan Doyle’s cousin reached out to us to tell her story, because she wanted to call attention to organ donation.

Kate Doyle said her family takes great comfort, and has great respect for Susan Rose choosing to be an organ donor.

Later, Kate Doyle told NewsChannel 21 of her cousin, “One thing I know about her that’s not about the outdoors is she loved to dance. She and my sister Sheila … loved to go out and go dancing — of course, when we were youngsters and had parties.”

She also described her cousin as having incredible strength.

Susan Rose trained as a dental hygienist at Chabot College in Hayward.

“The biggest part of the conversation right now is how strong she was,” she said. “She was quite athletic. She was in a family of two girls, but we had lots and lots of male cousins. So she was out there on the field playing with the boys, letting you know how strong she was. Yeah, she was a strong girl.”

Doyle said Susan Rose was fun to spend time with, had a lively temperament, and had a great sense of humor.  She spent her time enjoying the outdoors, nature, and animals.

Kate Doyle said they had an annual family reunion — it was all the brothers in her dad’s family and their first cousins.

“We would have an annual family reunion that was the most fun,” she recalled. “We would play baseball, basketball, go swimming, even if we had to go over the fence at the swimming pool to get in the pool.”

The post ‘She was a strong girl’: Beaverton woman in kayak accident near Cline Falls has died, family member says appeared first on KTVZ.