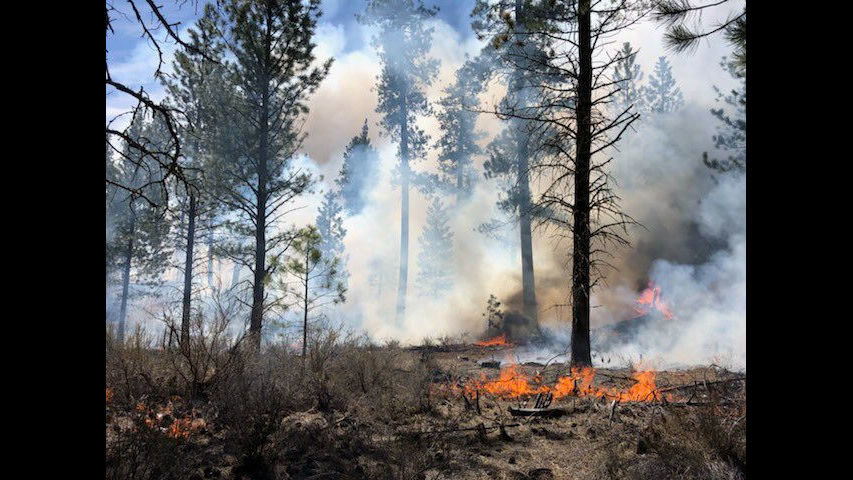 While no road or trail closures are anticipated, a suggested detour for the Peterson Ridge Tie Trail will be signed in the area. Flaggers will be used in the event that smoke impacts FSR 16.

Bend-Fort Rock Ranger District firefighters plan to conduct a 555-acre prescribed burn five miles west of Pine Mountain, near the junction of FSR 18 and 25. Several OHV trails will be impacted with portions of Trail #25 being temporarily closed. Signs will be placed in the area to maintain driver and firefighter safety.

Firefighters on the Crescent Ranger District plan to conduct a 20-acre prescribed burn about seven miles southwest of Crescent, east of Highway 58 and west of Highway 97. Smoke may be visible to residents in the Two Rivers and Cascade Estates neighborhoods. Signs will be posted along Highways 58 and 97 as needed, and flaggers will be available in the event that smoke impacts the roadways.

Fire managers are implementing these understory burns to reduce hazardous fuels accumulation decreasing the risk of high-intensity wildfire in the area. Prescribed burning reintroduces and maintains fire within the fire-adapted ecosystem helping to stabilize and improve the resiliency of forest conditions while increasing public and firefighter safety. Once ignited, units are monitored and patrolled until they are declared out.

Prescribed fires can protect homes from tragic wildfires. Fire management officials work with Oregon Department of Forestry smoke specialists to conduct prescribed burns during times when weather is likely to move smoke up and disperse.

What does this mean for you?

During prescribed burns, smoke may settle in low-lying areas overnight.

For more information on hazardous fuels reduction projects in Central Oregon, visit the interactive website at centraloregonfire.org/ or visit  www.fs.usda.gov/deschutes and follow us on Twitter @CentralORFire. Text “COFIRE to 888-777 to receive wildfire and prescribed fire text alerts.