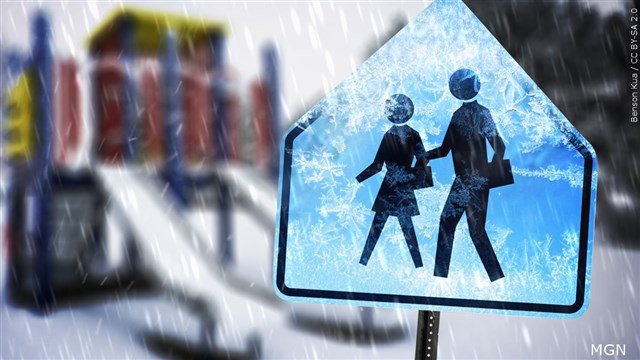 REDMOND, Ore. (KTVZ) — This much snowfall can lead to school and event cancellations and delays, and Sunday’s storm was no exception, as Central Oregon Community College and the Redmond, Culver and Jefferson County school districts canceled Monday classes and programs. Crook County also changed plans for a delay and closed instead.

All COCC classes and events are canceled and all campuses are closed on Monday. All services and departments will be unavailable for the day, officials said.

Bend-La Pine Schools announced on Facebook they would be open on regular schedule, while thanking road crews around the region “for working hard to clear our roadways!”

NewsChannel21’s Bola Gbadebo plans to speak Monday with several school districts about what influenced their decisions to either cancel, delay, or keep classes open. Her report will be on KTVZ at 5.

The Crook County School District had called a two-hour delay in classes on Monday, but announced around 7:30 a.m. that it, took, would close for the day, “after assessing road conditions this morning, especially in outlining areas of Crook County.

“Too many side roads haven’t been plowed, making it difficult for buses to reach students on time,” the district’s announcement said. “Safety is a top priority, so canceling school today will give our local road crews time to clear the streets.”

NeighborImpact Head Start and Early Head Start in Prineville and Redmond are also cancelled for the day due to weather.

Due to weather conditions, Mosaic Medical sites around the region will be operating remotely or experiencing delayed starts as follows:

12 p.m. delayed start: Madras Health Center + Pharmacy, Redmond Clinic. Patients with impacted appointments will be contacted this morning. Please call Mosaic if you have any questions: 541-383-3005.