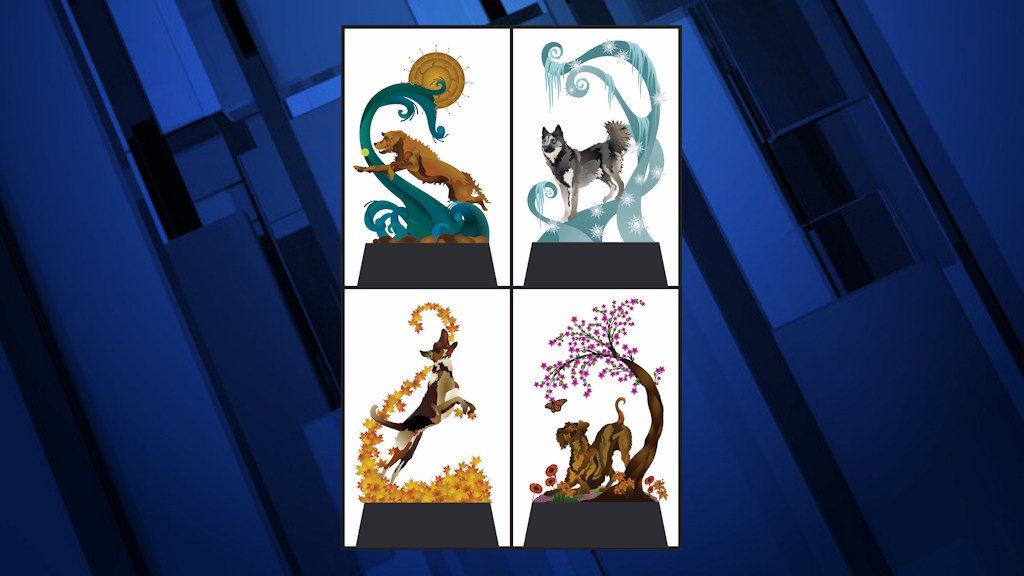 Each sculpture design will be on display for one week at both the downtown Bend Deschutes Public Library and at the Larkspur Community Center.

Community members of all ages are invited to review and provide input on the three finalists’ works of art mutually selected by the Art in Public Places board and a City of Bend representative. The two sculptures selected will be included in the public art collection owned by the city of Bend.

“The breadth of talented artists for this selection is quite impressive. All seven artists have visited the sites and spent some time in the community, which has assisted in the inspiration for their designs. We welcome the public input to help select two sculptures that are meaningful and speak to our community,” said Romy Mortensen, president of AIPP.

The finalists were selected from a call to artists that attracted over 150 submissions for the two roundabouts.

The sculptures selected for each roundabout are projected to be installed in the spring or early summer of 2023.

AIPP has created two pages on its website offering the community the opportunity to contribute their public input online. AIPP welcomes public comments online increasing the community engagement with new public art in Bend. Images of the sculpture designs for the two roundabouts can be found at:

Funding for the public art is primarily from the Bend Foundation, a non-profit founded and funded by Brooks Scanlon and Brooks Resources Corporation and community donations.  AIPP is a nonprofit organization that provides art to various locations throughout the city of Bend.

The post Seven proposed sculptures for two Bend roundabouts going on display for a week appeared first on KTVZ.