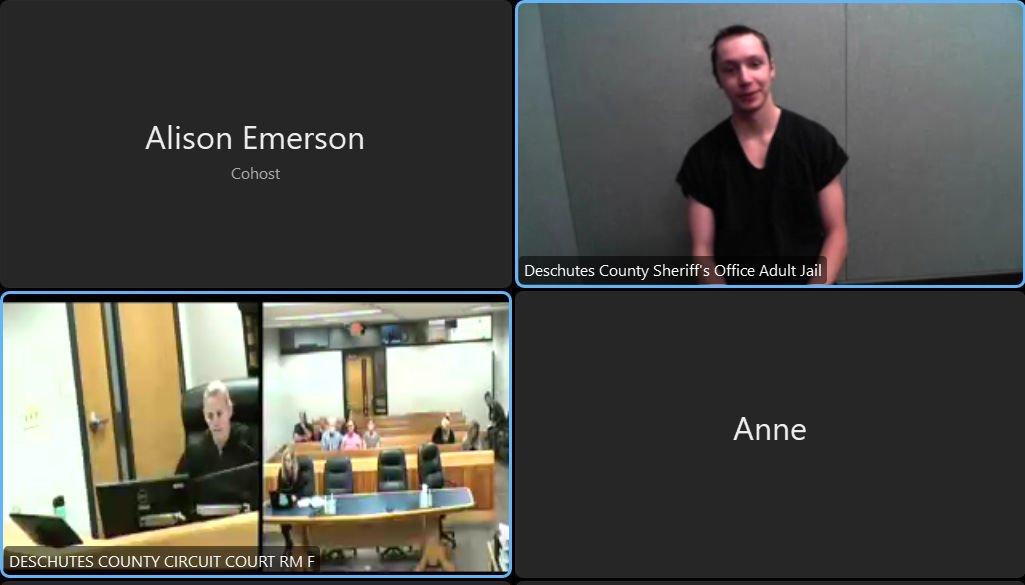 BEND, Ore. (KTVZ) — A second psychiatric evaluation of a Redmond man accused of killing a Cloverdale woman earlier this year has found that Alexander Mark Smith would be able to aid and assist in his defense.

The evaluation performed on behalf of prosecutors in the case came to a different conclusion than one prepared for the defense earlier that found Smith would be unable to aid and assist in his defense on second-degree murder charges in the killing of Tina Klein-Lewis, 55, outside her Cloverdale Road home in late May.

She was found dead by her boyfriend in the bucket of a tractor, and Smith was arrested three days later, a few miles away, on Jordan Road.

Smith attended Monday’s hearing by video from the Deschutes County Jail as his attorney, Jason Wheeless, asked Circuit Judge Alison Emerson to set a contested hearing on his client’s ability to aid and assist in criminal proceedings.

Both evaluations are sealed in online court files. A prosecutor said at a July hearing they saw “some holes” in the initial evaluation and began looking for an evaluator to conduct another one.

Wheeless requested a three-hour hearing, telling the judge that along with the doctor who conducted the initial evaluation, “a couple family members” may address the judge before she makes a ruling.

The post Second psychiatric evaluation finds Cloverdale murder suspect is able to assist in his own defense appeared first on KTVZ.