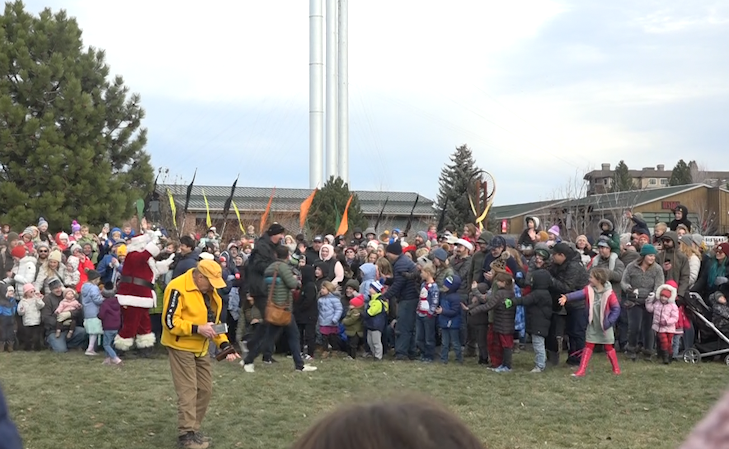 BEND, Ore. (KTVZ) — Santa is making a trip around the globe a bit early this year, and on Friday stopped in at Bend’s Old Mill District, making a high-flying entrance — by AirLink helicopter, not Rudolph-led sleigh — to the delight of gathered kids and families.

St. Nick had to change out his sleigh for this particular stop, but as always, he came to visit families and to spread some first-round holiday cheer.

Children lined up for the Santa Parade and got to see him in person in the Old Mill’s SantaLand.

“We’re ecstatic to see Santa and host events like this again,” Old Mill Marketing Director Beau Eastes said. “The community is excited that we can start doing things together again. We’ve been partnering with Santa for years, and he’s been flying in, with the help of AirLink.”

“This is easily one of the biggest crowds we’ve had for Santa,” Eastes added.

Kelsey McGee was on hand for the big arrival and to ask children what they liked most about seeing Santa, as well as asking shoppers about their Black Friday finds. Her report will be on NewsChannel 21 at Five.