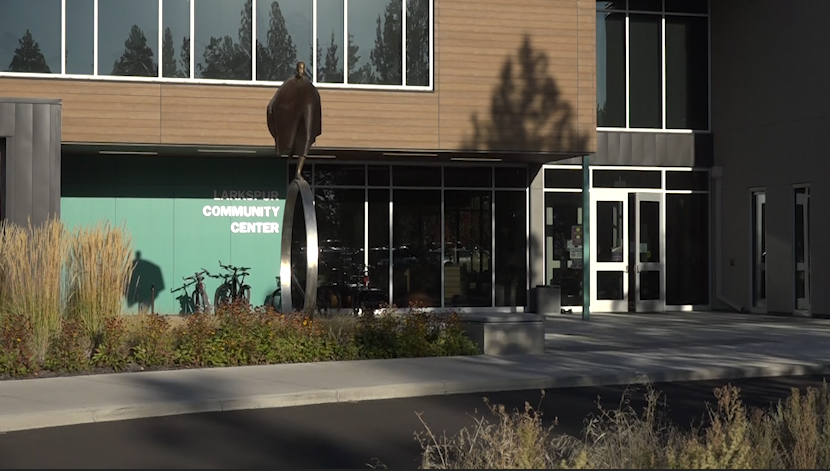 BEND, Ore. (KTVZ) — The roof of Bend Park and Rec District’s Larkspur Community Center is going to get replaced a little early, as it originally was planned for 2026.

The park board Tuesday evening approved the $270,000 contract for Eagle Roofing Co. to do the roof renovation project next spring.

The roof was originally installed in 2001 and has endured vandalism during construction and later leaks that prompted the decision to do the project three years sooner.

Bend Park and Rec’s Communications and Community Relations Manager Julie Brown told us about the vandalism.

“When the Larkspur addition was under construction, some people climbed up the side of the building and used a box-cutter to put 15 to 20  12- to 20-inch slices into the roofing fabric,” Brown said. “We were able to get the roof patched, but once a hole is cut into a roofing system, it is only a matter of time before it leaks.”

The vandals were never found, she added.

“Construction for the new roof should take no more than two weeks, with the tear-off and a re-install,” he said

Monaghan added, “The project will not start until spring of 2023. We won’t start a roof project in Central Oregon during the winter, due to the snow and ice damming. We’re looking to finish by May 31, ’23.”

You can still visit the facility while construction is underway.

“The facility will be open during construction,” Monaghan said. “We have pre-construction meetings with all contractors to insure the safety of our patrons.”