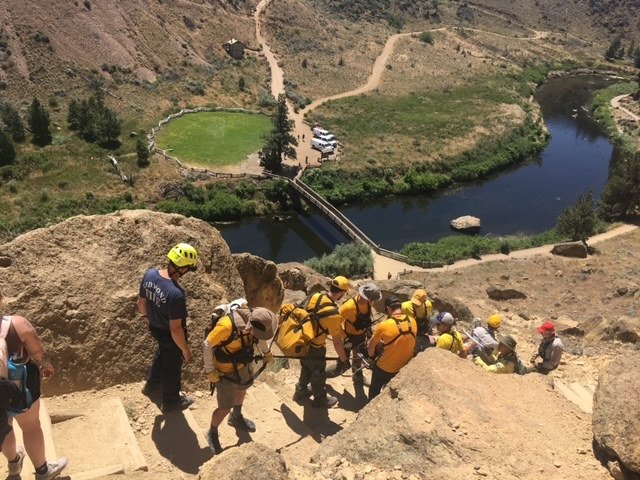 They learned the woman fell while hiking and sustained injuries that prevented her from walking back down the trail without assistance, Myers said.

Redmond Fire medics made initial contact with the woman, he said, and in an evaluation determined she’d need to be helped down in a wheeled litter.

A total of 11 DCSO SAR volunteers responded, leaving the Bend office around 10:45 a.m. and making contact with the woman nearly an hour later, Myers said.

They wheeled the injured hiker about a quarter-mile down the trail, and a vehicle brought her from the area of the walking bridge to the parking lot. From there, a Redmond Fire ambulance took her to the hospital for further evaluation.

The post Rescuers come to aid of hiker injured in fall at Smith Rock State Park appeared first on KTVZ.