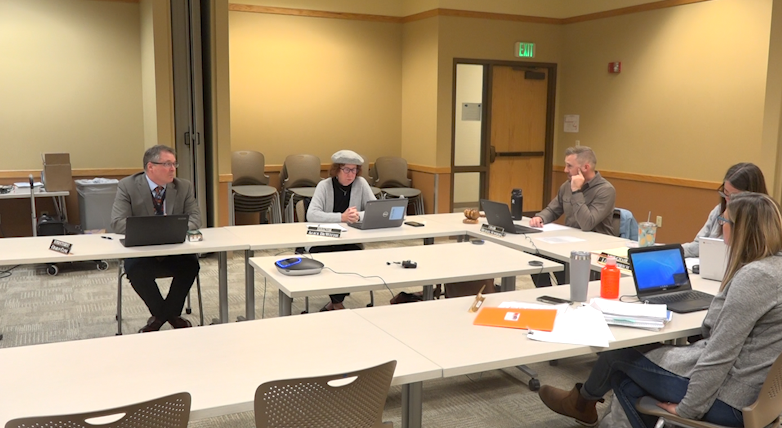 REDMOND, Ore. (KTVZ) — The Redmond School Board voted unanimously on Tuesday evening to join a lawsuit against Juul Labs over its flavored vaping products, one of dozen school districts across the state and country to take similar action over the addictive nature of its flavored additives.

The e-cigarette company Juul Labs came to market in 2015 and saw its popularity — and controversy — with their flavors, from fruit to candy-flavored vaping products.

The Portland School District decided earlier this month to sue Juul Labs for targeting the younger population, one of close to 100 to file or take part in such lawsuits.

During the Redmond School Board discussion, board Chair Michael Summers asked Superintendent Charan Cline if the lawsuit is successful, where the funds would go.

“Part of that will come in the settlement itself  what the conditions  are put in there,” Cline said.

“For us, considering how we end up negotiating on this, we’ll probably either look for additional health resources or additional prevention resources for our students, or perhaps depending on the length of the settlement, installing vape detectors in our bathrooms. which would give us notice that our students are using vapes in our bathrooms. which tends to be the place people do,” he said.

Cline added that it could also help with manpower and resources to deal with the problem of vaping.

He said, right now deans and assistant principals are hanging by the restrooms, doing vaping checks.

The lawsuits allege the company’s development and marketing of the highly addictive product to teens has driven up substance abuse in schools, enticing teens with flavoring additives and not ensuring they were safe to inhale.

The post Redmond School Board votes to join lawsuit against e-cigarette maker Juul Labs for damage to children appeared first on KTVZ.