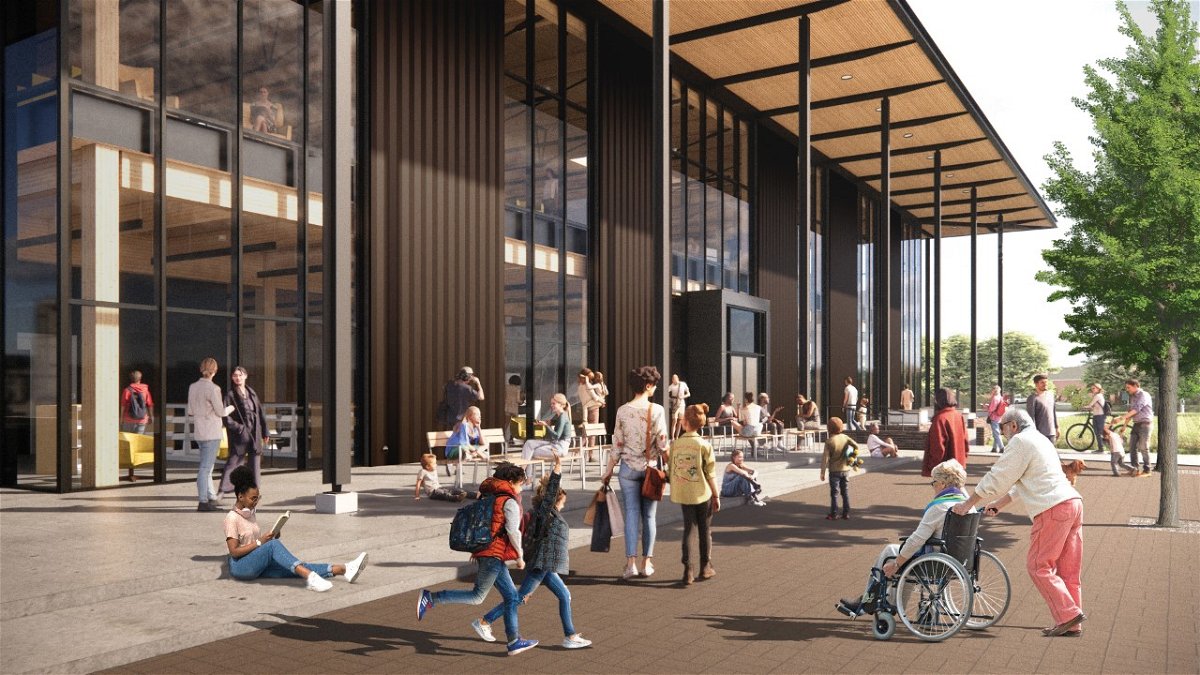 REDMOND, Ore. (KTVZ) — The Redmond Library will undergo a massive renovation — make that replacement 00 over the next couple of years, with much more than just bookshelves, creating more space to browse and read and a community hub.

“They’ll be getting services that you can expect from larger library systems around the country,” he said Thursday. “It’s going to be a really exciting change for Redmond.”

The library replacement on the same site at 827 SW Deschutes Avenue will be twice the size as at present, officials say, “with more public meeting spaces, a new co-working area, and a vibrant design that welcomes browsers as much as it does people who want to pick-up their items and go.”

The 40,000-square-foot library will be larger than the current downtown Bend library and two stories tall. It’s part of a voter-approved $195 million bond measure which also includes big remodels for the La Pine, Sisters, and Sunriver libraries, as well as a new Central Library in Bend.

Of that bond, almost $46 million will be going to the Redmond branch. The plan is to create a creative DIY space, large multi-purpose meeting rooms and a children’s discovery area with a story time space.

Deschutes Public Library Operation Supervisor Sonja Brandjes said, “It serves the whole community easily, and it really ties in with the City Hall, to create more of a civic center here in Redmond.”

In the past year, 204,000 books were borrowed from the Redmond Library.