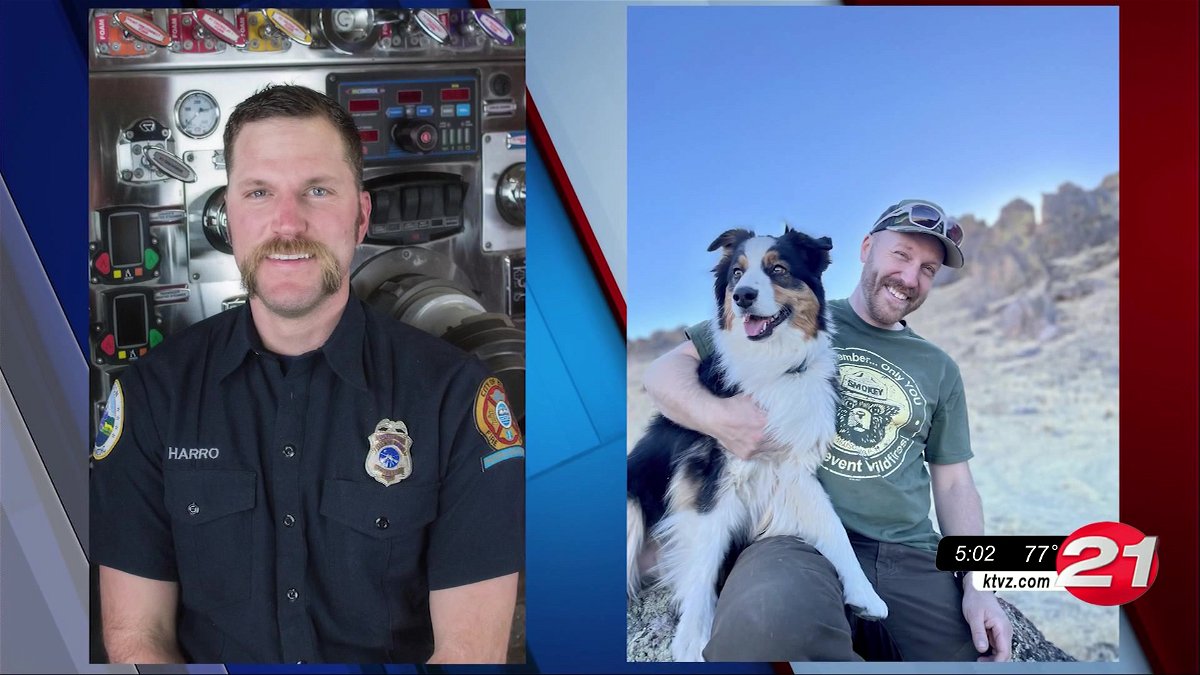 Those wishing to pay their respects to the Harro families by viewing the procession are encouraged to line the sidewalks of NE Greenwood Avenue between 8th Street and 12th Street.

There is ample street parking along the Greenwood Avenue side streets, and Bend Fire encourages people to respect the designated parking lots of local businesses and maintain a safe distance from the roadway, as traffic will be flowing normally on both ends of the procession. On-duty Bend Fire & Rescue crews will be staged at the Pilot Butte Drive-In, 917 NE Greenwood, to view the procession.

The public should expect traffic congestion in the area of Niswonger-Reynolds Funeral Home on Irving Avenue during that time as well, as fire apparatus break free from the procession and return to quarters.

Bend Police and Public Works may temporarily close streets near the funeral home to assist with traffic congestion from fire apparatus.

“We thank our community for their patience and support during this difficult time for our organization and the Harro families,” the fire department announcement stated.

NewsChannel 21’s Kelsey McGee will be covering the procession. Her reports will air on NewsChannel 21 this evening.

Bend firefighter Daniel Harro, 38, was flying the plane, with his twin brother Mark Harro on board, returning from a camping trip. Both died in the crash.

“The second it happened, I’d say within five minutes, the majority of our organization knew,” Pricher said Tuesday.

He said Daniel, a firefighter and paramedic, was always trying to challenge himself physically.

“His big thing was always being in shape for the next trip,” Pricher said.

He also was always promoting his love of the outdoors and the environment.

“I did have the privilege of spending time with him in the mountains,” Pricher said. “Not as much as I would have liked, but that’s definitely where his passions were.”

NewsChannel 21 spoke with Kelly on Tuesday by phone. She said Mark was the most creative person she’d ever met.

Mark always had a mischievous twinkle in his eye, and could fix or build anything, from a pizza oven to his custom 4-Runner.

Mark was also a talented artist, sharing an art shop with Kelly, filled with his pottery and pencil drawings.

Mark, who she called her “adventure buddy,” shared his brother’s passion for the outdoors.

She said they had been planning this camping trip to Idaho for a long time.

While she knew every adventure has its risks, she emphasized that Mark and Daniel were always so careful. An accident like this never crossed her mind.

Bend Fire Chief Todd Reilly said in a statement, “This is a devastating loss for our family.”

“I mean, everybody here who knew Mr. Harrow is heartbroken and devastated,” Pricher said.

The cause of the crash is under investigation.