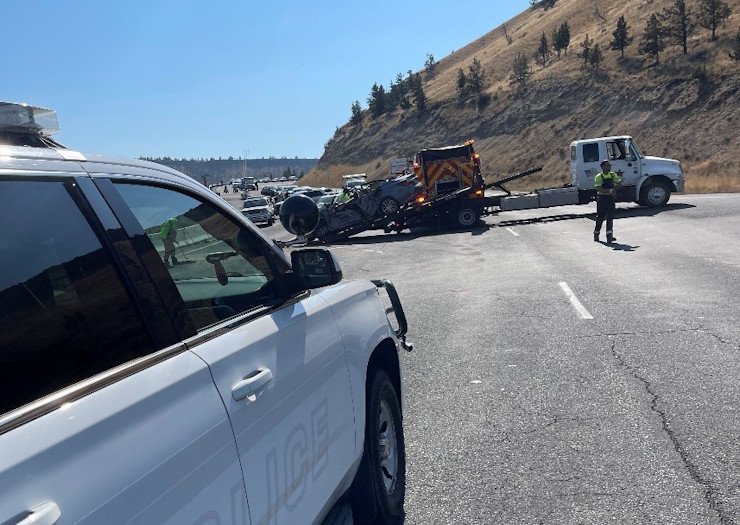 PRINEVILLE, Ore.  (KTVZ) – A 68-year-old Prineville woman suffered fatal injuries and six other people were hurt in a two-vehicle crash Saturday at the junction of state Highway 126 and the O’Neil Highway on the west end of Prineville, police said.

Investigators determined that the Prineville woman driving the Lexus made an unsafe turn as she pulled off the O’Neil Highway (Highway 370), turning left (east) on Highway 126, and was hit by the driver of the Ford SUV traveling west on Highway 126, Gray said.

All four people in the Lexus initially were trapped in the car and were injured. Gray said the driver was flown by air ambulance to St. Charles Bend but died of her injuries. Police did not release her name.

The three Lexus passengers were taken by ambulance to St. Charles Prineville, as were three of six passengers in the Excursion, including a 5-year-old boy. The Ford SUV was driven by a Medford man and his passengers were from Georgia, Gray said, adding that all of the injured are expected to make a full recovery.

“At this time, there is no indication of drugs, alcohol or speed being a factor” in the crash, the sergeant said, adding that all involved reported they were wearing their seat belts.

The crash closed Highway 126 for over an hour, backing traffic up to Powell Butte, Gray said.

“The Prineville Police Department would like to extend our thoughts and prayers to all of those affected by the crash,” he added.