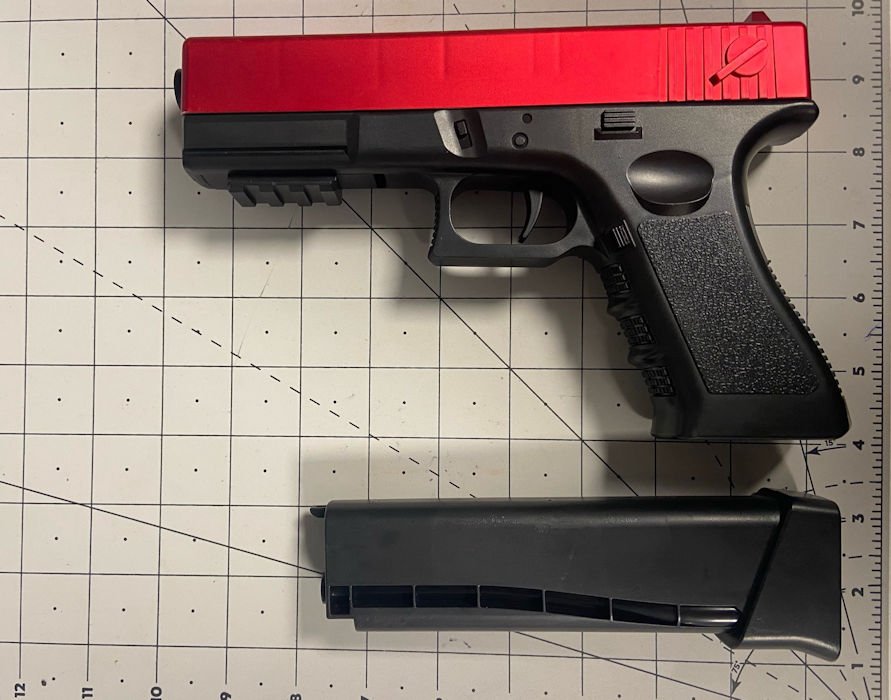 PRINEVILLE, Ore. (KTVZ) – Prineville police are warning about the risks of using realistic toy guns in public, having seized one this week that shoots gel water beads.

“We’ve had a few cases that involved the Orbeez ‘toy guns’ that look a lot like a specialized firearm, and shoot gel water beads,”  the Thursday Facebook posting stated.

“A few teens and young adults have been charged criminally for their use of these ‘toys’ in public and on our roadways,” the post continued, showing a photo of an Orbeez “toy” seized earlier this week.

“I think we can all agree that prevention is much better than a criminal investigation where a citizen is badly injured because they pointed something like the pictured ‘toy’ at a citizen or officer,” police said.

“Police officers are not the only people out there carrying real firearms,” the post said, “so we felt like maybe this post would help parents know what we are seeing, and possibly help keep these fun toys at home.”