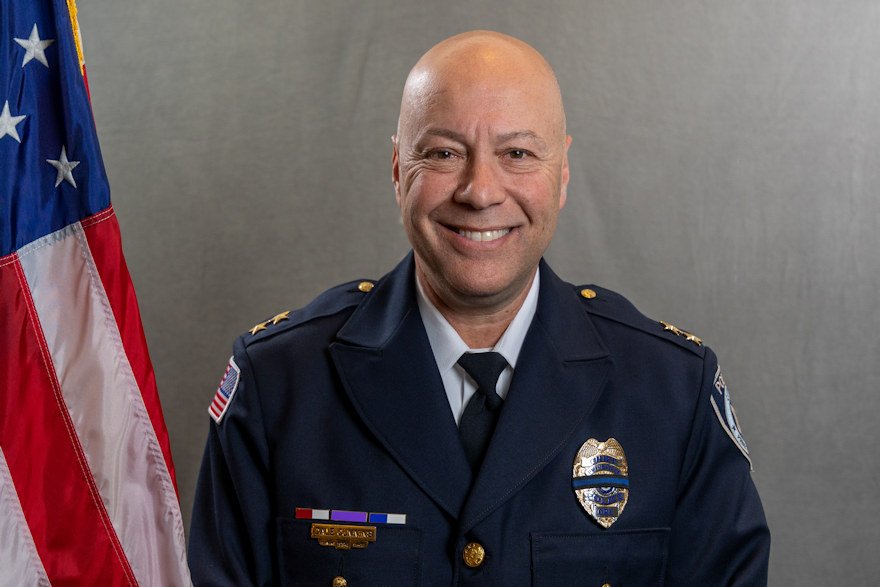 “I am truly honored to have had the opportunity to serve the last seven years of my law enforcement career as Prineville’s chief,” said Cummins. “I am proud of our department’s dedication and proven professionalism and know I’m leaving the community in very capable hands.”

Here’s the rest of the city’s announcement:

Cummins began his 38-year law enforcement career serving in the U.S. Army as a military police soldier. Before arriving in Prineville in 2015, Cummins served as a patrolman in his hometown of San Diego and for over 26 years as a City of Gresham patrolman, field training officer, canine handler, sergeant, lieutenant, captain, and deputy chief.

Cummins became chief of police in Prineville on Dec. 15, 2015, after serving six months as a captain.

As Prineville’s Chief of Police, Cummins focused on creating a team environment that encouraged department members’ creativity in developing and implementing ideas. Cummins’ leadership set the stage for a solid succession plan while also providing opportunities for numerous successful programs that created trust and community involvement, including random acts of kindness, a fun and informative web page during the solar eclipse, collecting toys and food during Christmas, and the Shop with a Cop Program.

Cummins “constantly and enthusiastically looked for ways the police department could serve the community,” Prineville City Manager Steve Forrester said. “During his tenure, he spent time with Band of Brothers, became a Crook County Fair Board member, and even drove a water truck to help prepare the track for the Crooked Roundup Horse Races.”

Cummins said he is proud of how he and his employees have been willing to do all the “little extras’ that make them appreciated by the community.

Cummins and his team strove for excellence and recognized that to enforce the laws they must garner trust through fairness and accountability. The department implemented procedural justice and earned and has maintained State Accreditation in the Police Department and Dispatch Center. Cummins rallied for and helped implement a new state-of-the-art building for the department without going to taxpayers for a bond; he says, “I wanted to make sure all of my employees had the tools they needed to be successful.”

“Chief Cummins has done an outstanding job leading the department and shown true dedication to serving our community,” said Forrester. “Dale committed to leading our department for five years, and he gave us seven. He accomplished everything we asked for and is a beloved member of our community. As you would expect from Dale, he leaves us with a robust succession plan and a dedicated team.”

Cummins’s first act as chief was to pick the Operations Captain who would lead the department. Larry Seymour was selected in 2016 for the position and has shown a commitment to innovation, excellence, and professionalism, making him the clear choice for Prineville’s next chief of police.

“I am confident Captain Seymour is the right person for Prineville,” said Cummins. “He is a trusted leader and has been a part of every major decision at the department since becoming a captain.”

“Chief Cummins has given 38 years of his life to serving and protecting the public, which in and of itself is remarkable,” said Mayor Beebe. “We are fortunate to have had Dale, who was the right chief at the right time. We wish him all the best.”

About the City of Prineville
Located east of the Cascade mountains in Oregon’s high desert, the City of Prineville is a resurgent rural community that has preserved its small-town, ranching roots and Western lifestyle while embracing smart growth in a business-friendly environment. With a population nearing 10,000 residents, the county seat of Crook County attracts a diversity of business and lifestyle interests, including tech giants Facebook and Apple, recreational enthusiasts, and a thriving agricultural industry. Incorporated in 1880, the City of Prineville operates the oldest continuously running municipal short line railway in the U.S., as well as a public golf course and airport. Prineville boasts numerous recreational assets, including the Ochoco National Forest and Crooked River, and remains a popular destination for anglers and hunters. For more information on City of Prineville services and programs, visit cityofprineville.com.