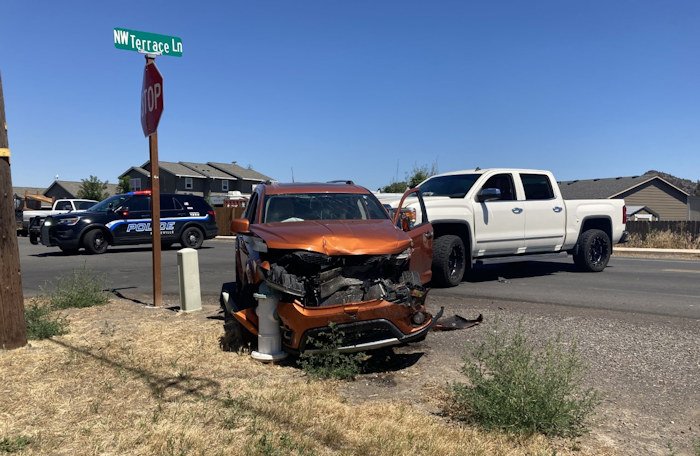 PRINEVILLE, Ore. (KTVZ) – A 45-year-old Prineville man was arrested on drunken and reckless driving and other charges Saturday after a head-on crash that sent six people to the hospital with non-life-threatening injuries, Crook County sheriff’s deputies said Sunday.

An investigation determined the driver of a 2014 GMC pickup truck crossed the center line before making a left turn and collided head-on with a small Dodge SUV traveling south on Main Street, Madden said.

The pickup driver was taken to St. Charles Prineville for evaluation, then lodged at the Crook County Jail on charges of DUII-alcohol, third-degree assault, reckless driving and several counts of recklessly endangering another person.

Five other people in the vehicles were taken by Crook County Fire and Rescue to St. Charles Prineville to be evaluated and treated, Madden said.

The sheriff’s office thanked Prineville Police, Crook County Fire and Rescue and several nearby residents for their assistance at the crash scene.