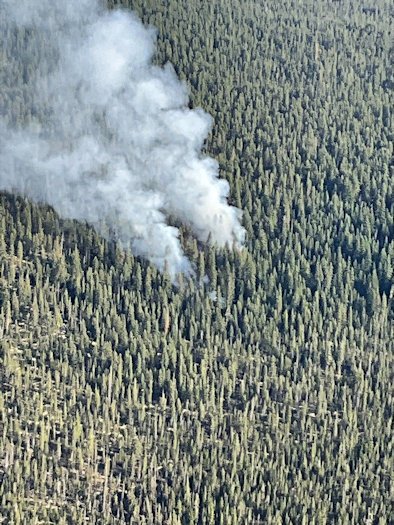 CHEMULT, Ore. (KTVZ) – The Prineville Interagency Hotshots joined 10 smokejumpers and an increasing number of air resources Thursday as they fought to contain an eight-acre fire burning in heavy fuel and timber on the Deschutes National Forest’s Crescent Ranger District.

“If you’re in the area, please use caution,” the Central Oregon Fire Twitter feed stated.

Two “heavy” air tankers were dropping retardant on the fire. Other air resources included two single-engine air tankers and a heavy helicopter pulling water from Crescent Lake to drop on the flames..

“We did get this (report) last night and knew we were going to staff it today with a full load of jumpers,” she added. “It’s pretty significant we would have that size-up when it’s only about one acre.”