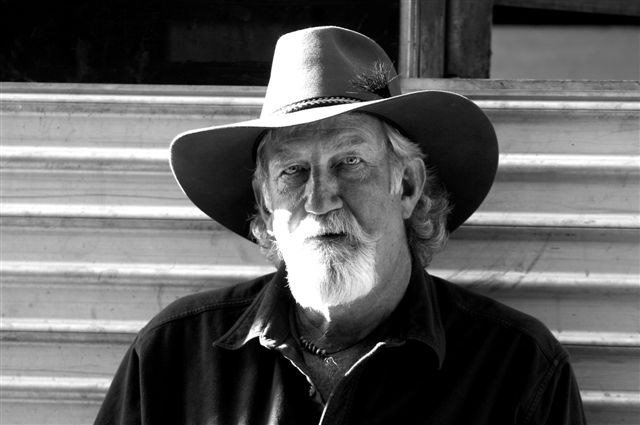 BEND, Ore. (KTVZ) – Prolific Western author Rick Steber of Prineville claims Bend’s High Desert Museum has banned his books because they are going in a different, more progressive direction, sparking an outcry on social media. But the museum, which just turned 40, claims it’s not about politics or censorship, only that his books simply didn’t sell.

Here’s Wednesday’s full post by Rick Steber on his Facebook page, and a statement the museum provided to NewsChannel 21 in response:

The High Desert Museum has banned the books by award-winning local author, Rick Steber. He has published more than fifty books, with sales exceeding two million copies and he has a well-earned national reputation in the literary world. When Don Kerr started the museum, one of the first items he added were the books of Rick Steber, saying his work was “an accurate depiction of contemporary and historical life on the High Desert.”

Executive Director Dana Whitelaw, explained that the High Desert Museum is working to promote events like Burning Man and authors who advocate for “social justice.” She stated, “Rather than relating a historical perspective, the High Desert Museum will now focus on global climate and contemporary diversity. I’m not saying we are banning Rick Steber books, what I’m trying to say is that we will no longer be carrying them in our gift shop.” When asked if she had ever read a Rick Steber book, the executive director replied, “I don’t need to.”

The High Desert Museum has assets of 27 million dollars and an annual budget of nearly six million dollars. The bulk of these funds are derived from state and federal government grants and donations. According to Rick Steber, “I’ve been a staunch supporter of the High Desert Museum, and have been asked to give talks there on numerous occasions, but I’m dead-set against this ‘new focus’ of the current staff and board of directors. I will boycott the museum until the museum returns to the mission statement of its founder, Don Kerr. “Our mission is to inspire and foster wise stewardship of the region’s cultural and natural resources. The more people know about this region, and the origins of the region’s past, the better equipped they will be to decide the course of its future.”

To voice your concern about the draconian censorship imposed by the High Desert Museum, please contact:

Recently, author Rick Steber publicly questioned the trajectory of and practices of the High Desert Museum over a decision to discontinue new purchases of his books for our Silver Sage Trading gift shop. This decision was made during a broader inventory of store offerings and their profitability.

We appreciate Mr. Steber’s work over the years and applaud him for having sold more than 2 million copies of his books. But the fact remains that of the tens of thousands of books sold in our Silver Sage Trading gift shop over the past decade, less than 1 percent of them have been authored by Mr. Steber.

Out of respect for Mr. Steber, Executive Director Dana Whitelaw did speak directly with him about the decision. Unfortunately, the Museum’s account of that conversation varies greatly from the accounts that Mr. Steber shared via social media.

As a private nonprofit institution, and true to our founder Don Kerr’s vision, we believe in sharing a broad range of perspectives and stories about the High Desert region, which spans the Intermountain West. We seek to bring issues forward to spark curiosity, dialogue, and discussion. We believe people can have differing viewpoints and also respect for one another.

We do not believe, however, that characterizing the stocking of a revenue-generating gift shop even remotely stems from “draconian censorship” as Mr. Steber claims.

As we celebrate our 40th anniversary this year, we remain focused on upholding our mission “to wildly excite and responsibly teach through innovative, interdisciplinary experiences, creating connection to and dialogue about the High Desert.”

We strive to uphold this mission on a daily basis, which includes making sure the Silver Sage Trading gift shop contains a wide selection of retail products that are at once appealing to our patrons, connected to our current exhibitions and programs, and revenue generating for the Museum. He says that we’re banning his books. In reality, we’re simply not carrying them anymore. Mr. Steber’s framing of this situation was inflammatory, inaccurate, and unfortunate.