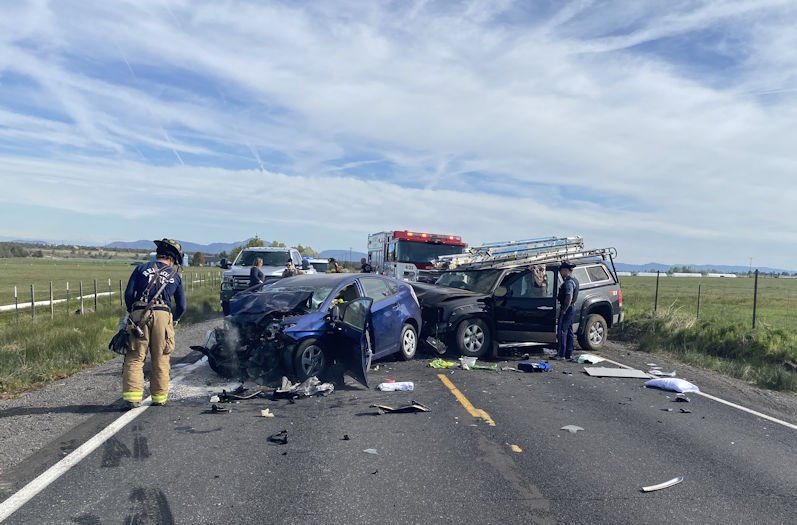 Oregon State Police and personnel from Crook County and Redmond fire agencies also were dispatched to the crash, reported shortly before 8 a.m. in the area of milepost 4 on the highway, Deputy Chris Beard said. They arrived to find a pickup truck and car had collided head-on, with all three occupants injured.

Deputies determined the male pickup driver, accompanied by a passenger, was heading south when the man left his lane and collided with a woman’s oncoming car in the northbound lane, Beard said. The crash extensively damaged both vehicles, and all three occupants were removed from the wreckage and taken to St. Charles Bend with possibly serious injuries. Condition updates were not available.

Sheriff John Gautney told NewsChannel 21 that no citations have been issued, but the investigation is continuing into the cause of the crash.

OSP said the crash and investigation closed the highway for about two hours. ODOT and the Crook County Road Department also assisted the first responders.