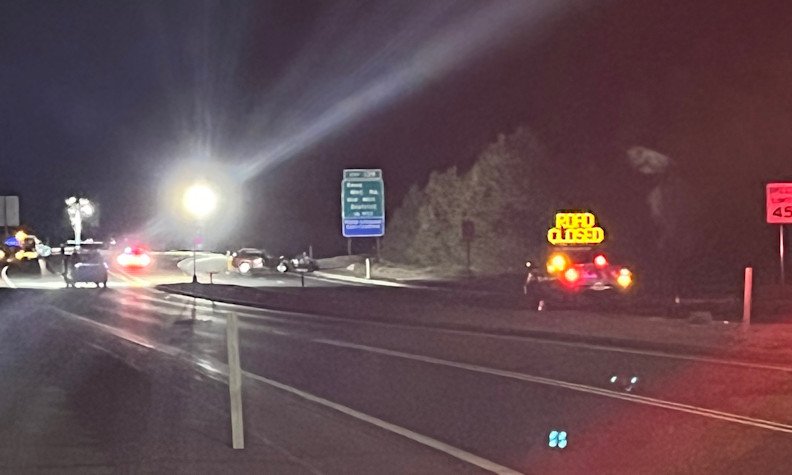 BEND, Ore. (KTVZ) – A 37-year-old Bend man killed Wednesday night in a crash on the Bend Parkway was driving drunk and speeding when he hit a southbound SUV, lost control, crossed the median and struck an oncoming SUV, police said.

Bend and Oregon State Police determined that Cody Lawrence Dupont was driving a 1995 Honda Civic heading south at an estimated 75 mph when he struck a southbound 2004 Toyota Sequoia driven by a 17-year-old Bend resident, Miller said.

Dupont then lost control and crossed the median into the northbound lanes, where he struck an oncoming 2022 Subaru Outback driven by a 56-year-old Bend man, she said.

Bend Police officers performed CPR on Dupont, but he died at the crash scene, Miller said, adding that “alcohol and excessive speed are believed to be factors in Dupont’s ability to operate a motor vehicle.”

The Subaru driver, who sustained minor injuries but refused treatment, was found to be impaired and was arrested on suspicion of DUII-controlled substance and taken to the Deschutes County Jail.

The 17-year-old male driver was not injured, Miller said.

The parkway was closed in both directions until about 1:15 a.m.

Police were assisted by the OSP traffic reconstruction team and by ODOT, which assisted with traffic control.

Another crash was reported around the same time Wednesday night on Highway 97 near milepost 99, four miles south of Madras, reportedly involving a semi-truck and blocking southbound lanes initially, leading to a full closure for a time. According to ODOT, the highway was open again before midnight.