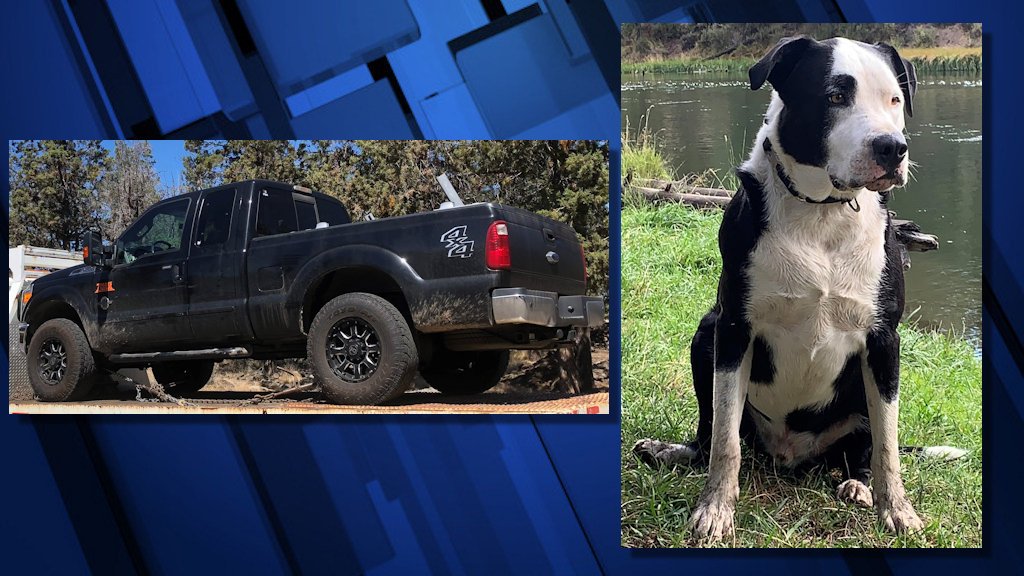 REDMOND, Ore. (KTVZ) – Four hours after a Bend man’s pickup truck – with his dog inside – was stolen from the Bend Lowe’s Home Improvement parking lot, the truck – and dog – were found in the Redmond Lowe’s parking lot, and a Redmond woman was arrested, police said.

Inside the pickup – which Miller said had been left unlocked, with the keys in it – was Amigo, a male black-and-white pit bull-border collie mix. The truck was last seen leaving the parking lot.

Around 3:15 p.m., Redmond police found and recovered the truck, as well as Amigo, in the parking lot of the Redmond Lowe’s on Canal Boulevard. Miller said the dog was unharmed and was being reunited with his family, and the truck and trailer will be returned to the owner.

A 35-year-old Redmond woman was arrested on two counts of unauthorized use of a motor vehicle and first-degree theft of a companion animal.