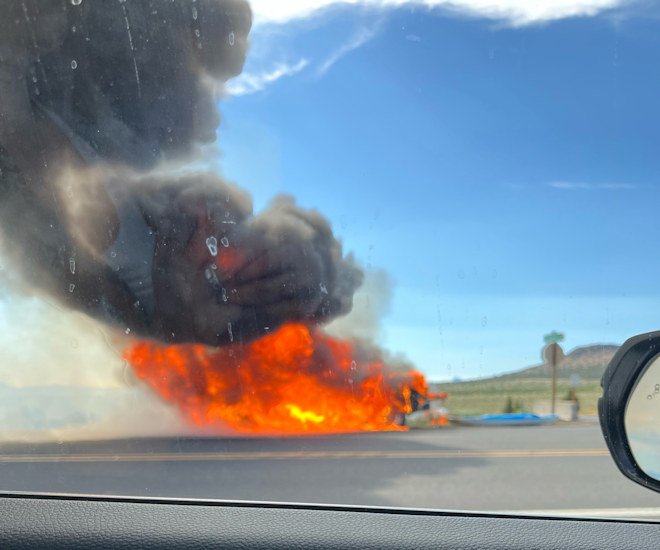 The truck was fully involved when crews arrived, but the driver had gotten out safely, he said.

The fire burned about a half-acre of grass and brush before it was put out. ODOT, the Jefferson County Sheriff’s Office and BLM assisted at the scene, Skaar said.

Later, firefighters were called out Wednesday evening to tackle a small, new brushfire that broke out southeast of Alfalfa.

Five engine crews, a hand crew and a water tender were called out to the fire, the cause of which was under investigation.

Thanks to that quick response, the blaze was stopped and encircled at 3 acres, Webb said. Crews stayed on scene securing containment lines and mopping up.

“It’s starting to warm up, and the longer we go without the rain, all this grass is going to dry out,” Webb said.