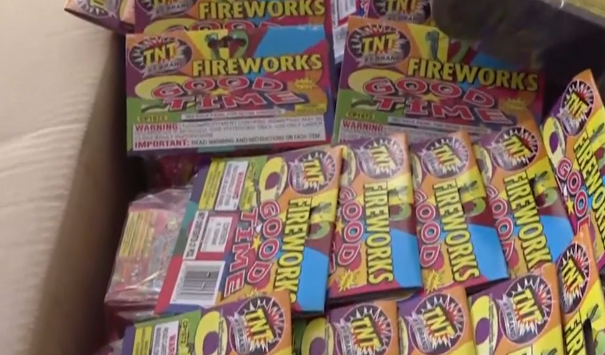 BEND, Ore. (KTVZ) — Bend police and fire agencies are holding a pre-summer “spring cleaning” fire safety and fireworks disposal event for the public after the recent ban on sale and use of fireworks.

“In response to the city’s ban on fireworks and this year’s wildfire potential, the Bend Police Department, Bend Fire & Rescue and Oregon Sate Police are offering a way to safely dispose of unused fireworks,” a flyer states.

The collection event will be on Saturday, May 7 from 10 a.m. to 2 p.m. at the Bend Police Department.

This event is offering the public to safely dispose of their unused fireworks.

“In the summer, when we are experiencing really dry and hot conditions, that is definitely something police receive calls for service — people using fireworks,” Bend Police Communications Manager Sheila Miller said Friday. “And we just think it’s important to keep our community safe as best we can. So if this is a way we can help. We’re happy to do that.”

Miller said it will be a drive-thru event and is designed to be family-friendly. She believes a fire truck will be there. OSP will be on hand to safely dispose of the fireworks, and volunteers as well, to offer kids fire safety tips.

There may be more events like this in the future, depending on the success of this inaugural event, she added.

As summer and the Fourth approach, Bend Fire and Rescue says it’s prepared for anyone not following the rules.

Deputy Fire Marshal Cindy Kettering said, “Every year around the Fourth of July, starting in about June, we do see people that misuse fireworks, Now that they are banned, we do expect that there may be folks that are bringing in illegal fireworks into the area, and that poses a significant risk. So we hope that people will follow the rules and decide to celebrate the Fourth in a different way.”

With continued drought and wildfire season approaching, city officials say the fireworks ban is another way to reduce the danger. As for this year’s fire season, Kettering says as always, they are going to be prepared — hoping for the best, while planning for the worst.